2012 Was an Interesting Year: Part II 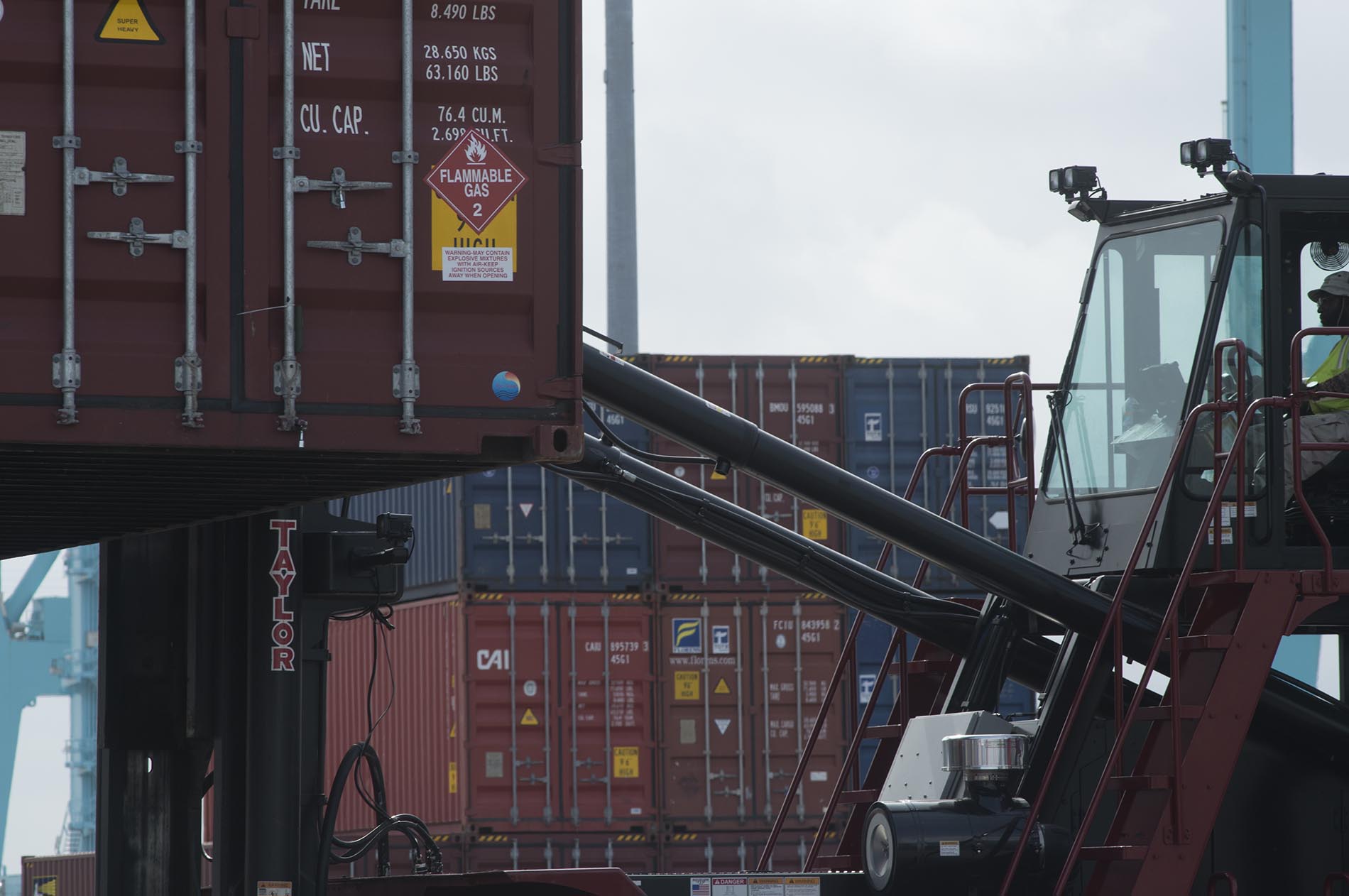 A couple of weeks ago in “ Interesting Year – Part One” we noted that with regard to jurisprudence, 2012 was an interesting year for those who follow developments under the Longshore Act. Several cases were decided (or are in the process of being decided) at the U.S. Supreme Court, several old questions received presumably final answers, and several perennial issues received new attention. There was even some good news for maritime employers in the state of Virginia.

Part One covered only those cases that came out of the federal Ninth Circuit Court of Appeals (CA, OR, WA, AZ, MT, ID, NV, AK, HI). Here are the rest of what, in my opinion, were the Longshore high points of 2012.

Following the Supreme Court’s decision in Roberts (see Part One), on October 30, 2012, the other Section 906(c) shoe dropped as the Eleventh Circuit (AL, GA, FL) issued its decision on remand in the Boroski case. The Eleventh Circuit followed the Supreme Court’s holding in the Roberts case on the interpretation of “newly awarded” and also decided a previously unresolved issue in the Boroski case, namely, that the phrase “currently receiving” in Section 906(c) has the same meaning as “newly awarded”. In other words, both terms refer to the time of entitlement to benefits.

For example, if an ALJ issues a compensation order in 2007 awarding PTD benefits beginning during the 10/1/2002 to 9/30/2003 period, and the worker is not actually paid until the 2007 Order, the maximum rate in effect on 10/1/2002, controls his weekly rate, as that is when he was found to be “newly awarded” and “currently receiving” his benefits.

In April 2012 the State of Virginia enacted legislation changing the State from “concurrent” state act/Longshore Act coverage to “exclusive” coverage. Effective July 1, 2012, if an injured worker is covered by the Longshore Act (or the Jones Act) then he is not covered by Virginia’s workers’ compensation law.

This (concurrent jurisdiction) is an old problem. In 1980, the U.S. Supreme Court in Sun Ship v. Pennsylvania had confirmed that the Longshore Act did not supplant state workers’ compensation laws, it supplemented them. Maritime workers’ compensation claims can be covered simultaneously by both state workers’ compensation laws and by the federal Longshore Act. This obviously leads to inefficiencies and extra costs for maritime employers and their insurance carriers, who must insure workers under both laws, comply with two sets of regulations, deal with two different medical fee schedules, satisfy two regulators, pay occasionally redundant benefits and attorney fees, and so on. Those who deal with the problem at first hand could extend the list of inefficiencies and higher costs.

There are still many maritime states that are “concurrent”. These include Alabama, California, Connecticut, Georgia, New York, Pennsylvania, Rhode Island, North Carolina, Delaware, and South Carolina.

There is a solution to the concurrent jurisdiction problem. The remaining “concurrent” states can amend their insurance laws to provide for exclusive Longshore coverage in maritime cases just as Virginia has done. The fix can also come from the U.S. Congress by means of an amendment to the Longshore Act.

The federal Fifth Circuit Court of Appeals (LA, TX, MS) issued a very interesting hearing loss decision in June 2012. The case of Ceres Gulf, Inc. v Director, Office of Workers’ Compensation Programs, U.S. Department of Labor; Norris Plaisance, Sr., may be a breakthrough decision for employers, or it may simply be a case where the Fifth Circuit was of the opinion that the Benefits Review Board had gone too far in its zeal for entitlement, fascination with the Aggravation Rule, and chronic misapplication of the evidentiary burden for rebutting the Section 20(a) presumption of causation. So maybe it’s too early to assess the importance of Plaisance.

Mr. Plaisance was a longshoreman from the 1950s until he retired in 1988, last working for Ceres. He filed a hearing loss claim against Ceres under the Longshore Act in 2006, when he was 80 years old.

In the original decision in this case the ALJ found that the employer rebutted the Section 920(a) presumption of causation and that the claimant, based on the preponderance of the evidence in the record as a whole, failed to establish that his hearing loss was caused by his employment with Ceres. He denied the claim. In reaching his decision, the ALJ considered defense expert testimony regarding causation based on sound level surveys and generalized population information regarding loss of hearing.

On appeal, the Benefits Review Board ruled that the employer’s expert evidence was inadmissible as irrelevant, and remanded the case. On remand, the ALJ, following the BRB’s direction, excluded the employer’s expert evidence, found that without that evidence the employer failed to rebut the Section 20(a) presumption, and he awarded the claimant compensation for an 8.4% binaural hearing loss. In his decision, the ALJ found that because the claimant had not shown that most of his hearing loss, his non work related (bilateral conductive) hearing loss, pre-dated his work with Ceres, then that condition could not have been “aggravated” during employment.

The critical issue on appeal to the Fifth Circuit was whether the BRB properly required the ALJ to disregard a substantial portion of the reasoning used by the employer’s medical expert.

Not for the first time the Fifth Circuit belabored the Board. The Court noted that the Board had “placed a thumb on the evidentiary scale”. The Court emphatically found that the employer’s medical expert’s opinion was certainly relevant given his credentials, and at any rate it is for the ALJ to assess relevance and credibility. The question on exclusion was “relevance”, not sufficiency to persuade.

The Fifth Circuit has previously lectured the Board that it may not adopt standards requiring employer’s rebuttal evidence to “rule out”, unequivocally state, or affirmatively state their positions to the exclusion of the claimant’s case. All it must do is advance evidence to throw factual doubt on the prima facie case in order to rebut the presumption.

And so once again in the Plaisance case the Fifth Circuit noted that, “The Board evidently raised the employer’s burden of rebutting the Section 20(a) presumption from that of simply adducing substantial evidence to the more onerous task of disproving the claimant’s prima facie case” at the rebuttal stage.

At any rate, the testimony by the employer’s expert that the claimant’s hearing is better than the average person his age is intended as an alternative explanation of causation, that is, the hearing loss may have been caused by the normal process of aging. The BRB had no basis to exclude the testimony.

In October 2012 the U.S. Supreme Court heard oral arguments in the case of Fane Lozman v The City of Riviera Beach, Florida.

What started out as an in rem action in admiralty alleging the maritime tort of trespass and to foreclose a maritime lien for unpaid dockage has advanced to the U.S. Supreme Court on the basis of Mr. Lozman’s argument that his “floating residential structure” is not a vessel subject to admiralty jurisdiction.

We are at the Supreme Court again on the issue of a vessel status test because there is a split among federal circuits on the question of what is a vessel. It is an important issue.

The “Jones Act” was enacted in 1920, providing a negligence remedy for crewmembers of vessels (and the general maritime law remedies of unseaworthiness of a vessel and maintenance and cure are much older). In 2012, we’re still looking for a uniform test to define what a vessel is.

The Fifth and Seventh Circuits (IL, IN, WI) consider the intent of the owner while in the Eleventh Circuit vessel status does not depend in any way on either the purpose for which the craft was constructed or its intended use. The Eleventh Circuit’s approach is based on its interpretation of Stewart v. Dutra Construction Company, 543 U.S. 481 (2005) and considers only whether the floating object is practically capable of transportation on water regardless of its purpose or the owner’s intent.

The vessel status question comes up all the time, is important in many contexts, and the hope is that the Lozman case, although it involves a unique structure, will yield a decision that advances toward the goal of a uniform vessel test, or at least clarifies the role of the owner’s intent in the vessel status determination. A decision is expected in the spring, 2013. Unfortunately, we will most likely still be left with a case by case approach in the many novel or unusual situations that arise.

So that’s what I call an interesting year, Part Two.