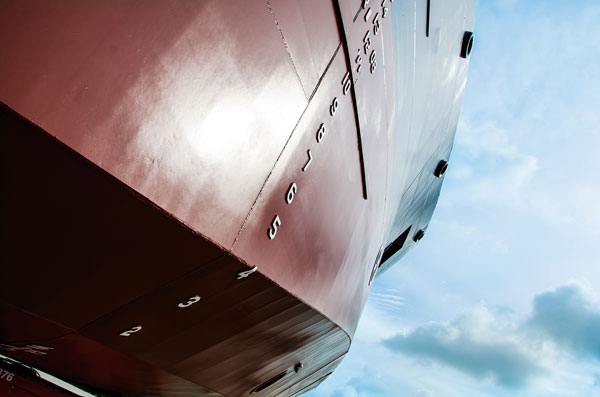 This exclusion was one of several added by the 1984 Amendments to the Longshore Act.

The Act does not define “clerical” due to its nature as a commonplace word.  When a word is not defined in a statute it is presumed to have its popular and plain everyday meaning.

One definition of a person who performs “clerical” work is “a person employed, as in an office, to keep records, file, type, or perform other general office tasks; a person who keeps records and performs routine business.”

The word itself is plain and the statutory language is clear.  The problem is that jobs in the real world frequently cannot be classified so plainly or clearly.

Many employees performing clerical functions have mixed duties, performed in various places, handling a variety of materials, including parts, inventory, and cargo, and they may have personnel and staffing duties.  All of these considerations come into play in interpreting the applicability of the clerical exclusion.

One thing is clear: the words “exclusively” and “office” both modify “clerical” and the other three occupations listed in section 2(3)(A).  An employee must be engaged exclusively in clerical work in an office in order to be excluded from Longshore coverage under section 2(3)(A).

Here are some examples of how the clerical exclusion has been applied in Longshore Act jurisprudence.  Some of these cases deal with job duties that require trips out of the office.  Some deal with the meaning of “clerical” by looking at the type of materials handled by the employee and the nature of the duties. Some consider whether the worker’s duties are “exclusively” “clerical”.   All of them try to figure out what is meant by “clerical”, “exclusively” and “office”.

NOTE:  The way the exclusion works is that even if an employee meets “status” (by having job duties that meet the section 2(3) status requirement that their jobs be integral or essential to the employer’s maritime activities of cargo handling, ship building, ship repair, or ship breaking) and “situs” (by being injured in an area that meets the requirements of section 3(a)) for coverage under the Longshore Act, he or she is nonetheless excluded if the conditions of the exclusion apply.

Jannuzzelli v. Maersk Container Service Co., 25 BRBS 66 (1986) involved a clerk whose duties included going down to the dock regularly to check in employees for payroll purposes and to ensure that work crews were fully manned.  This work was considered integral to the loading/unloading process, so the issue was whether the claimant was excluded from Longshore Act coverage by the clerical exclusion of section 2(3)(A).  The U.S. Department of Labor’s Benefits Review Board (BRB) found that the claimant’s trips out of the office to the dock were a regular part of his duties, not “momentary or episodic”.  Since he was NOT engaged “exclusively” in “office” work he was NOT excluded from coverage as a clerical worker.

Stalinski v. Electric Boat Corp., 38 BRBS 85 (2005) involved a clerk who oversaw computer documentation and recording of pipe hangers and joints.  She occasionally left the office to go on board vessels, but in this case the BRB found that her trips outside of the office were merely “incidental to her clerical work” and “too sporadic” to warrant coverage under the Longshore Act.  She was excluded as a clerical worker.

Parrott v. Seattle Joint Port Labor Relations Committee of the Pacific Maritime Association, 22 BRBS 434 (1989) involved a claimant whose duties required that he ensure that work crews were fully manned to load and unload ships throughout the night.  His duties also required him to go to jobsites to deliver dispatch slips to foremen.  His duties were considered integral to the loading/unloading process, and his duties did not meet the requirements for the clerical exclusion.  In this case, his trips out of the office meant that he was not employed exclusively in an office.  He was NOT excluded from coverage.

Ladd v. Tampa Shipyards, Inc., 32 BRBS 228 (1998) involved a production clerk who worked primarily in an office but occasionally left the office to deliver paperwork.  The BRB affirmed the Administrative Law Judge’s (ALJ) finding that the claimant was excluded from Longshore Act coverage by the clerical exclusion.  The claimant’s trips outside the office were considered to be merely an extension of his office work.  Unlike the claimants in Jannuzzelli and Parrott, who had additional duties ensuring proper manpower, this claimant only handled paperwork.

Part Two of this blog post will review some additional cases where the clerical exclusion does or does not apply.