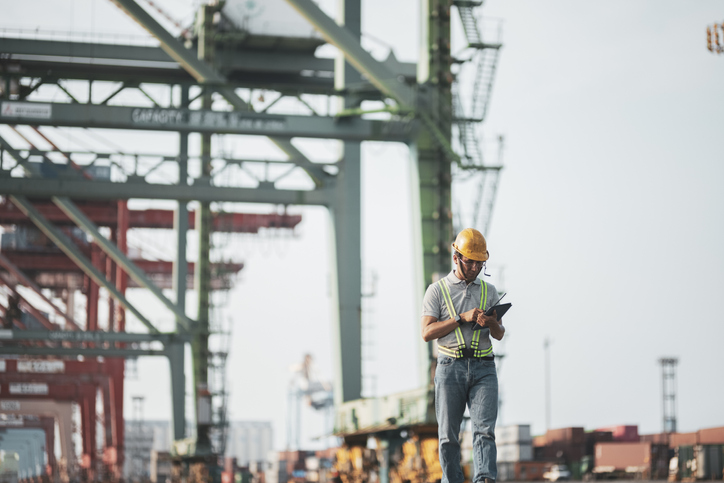 "Let's turn inflation over to the post office. That will slow it down."

In the last two years, the United States economy has experienced inflation rates over 5% for the first time since 1990. From a worker's compensation standpoint, the effects of rising costs on employers and carriers are multiple. From medical services to support vendors, prices are increasing.

The same holds true for permanent partial disability, either scheduled or unscheduled. To understand the differences in the types of compensation, please refer to this Longshore Insider blog on benefits.

The Longshore Act, however, does contain a cost-of-living adjustment (COLA) escalator for injured workers who are receiving Permanent and Total Disability as well as for eligible survivors who are receiving benefits following a compensable fatality of a covered worker.

"Effective October 1 of each year, the compensation or death benefits payable for permanent total disability or death arising out of injuries subject to this Act shall be increased by the lesser of —

(1) a percentage equal to the percentage (if any) by which the applicable national weekly wage for the period beginning on such October 1, as determined under section 6(b) [33 USC § 906(b)], exceeds the applicable national average weekly wage, as so determined, for the period beginning with the preceding October 1; or (2) 5 per centum."

The amount of the COLA increase mirrors the percentage increase of the National Average Weekly Wage (NAWW). The Secretary of Labor determines the new NAWW at the beginning of the Fiscal Year (FY) which is October 1. FY23 began October 1, 2022, and the COLA increase is 6.2%. Since this amount is greater than 5%, the 5% cap will apply per 10(f)(2) listed above. The 5% cap was part of the 1984 Amendments to the Longshore Act, and since its enactment, the cap has only applied three times - FY23, FY22, and FY85. The average increase has been 3.15%, with a median of 3.05%

It should be noted that Section 10(g) of the Longshore Act reads: "The weekly compensation after adjustment under subsection (f) shall be fixed at the nearest dollar. No adjustment of less than $ 1 shall be made, but in no event shall compensation or death benefits be reduced."

Therefore, her rate increases are as follows:

As you can see, the widow's rate has increased from $700 to $877 in five years and will continue to increase until she is no longer eligible. One final note about spousal benefits: they continue until death unless the surviving spouse chooses to remarry. Then, the spouse is entitled to two years' compensation in one sum, meaning that future COLAs do not apply.

The example of how built-in COLA impacts the widow's benefits illustrates the high cost of long-term claims. We can better understand why safety is so important when we see these costs over time. Certainly, the most important aspect of safety is ensuring that people come home safely to their families every day. The only way to mitigate suffering and loss is by making safety the highest priority in the workplace.

Will Scheffler joined The American Equity Underwriters, Inc. in 1998 and serves as Senior Vice President, Director of Claims. His insurance experience began in 1993 with F.A. Richard (FARA) and continued with the ALMA branch (now AEU) in 1998. He has been a speaker at Loyola Law School’s Annual Longshore Conference, U.S. Department of Labor seminars, and ALMA conferences. Will is licensed as an adjuster in Maine, Alabama, and Louisiana and is a licensed Qualified Manager in California. He serves on the Advisory Board for Loyola’s Annual Longshore Conference and the board of the Longshore Claims Association. Will received his bachelor’s degree from Louisiana State University and earned the CPCU and AIC designations from The Institutes.