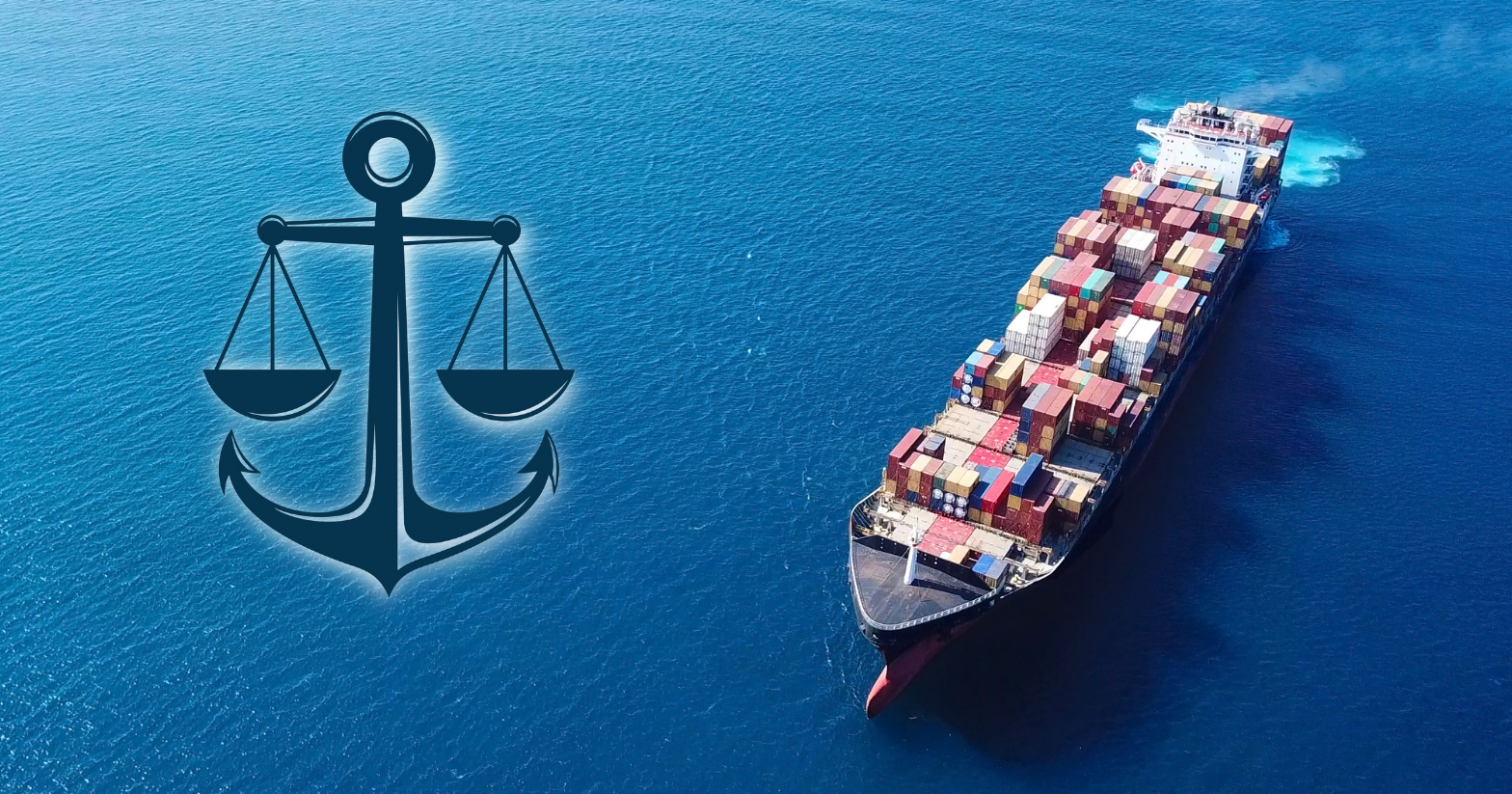 There were many interesting cases decided during calendar year 2021 that involved the Longshore and Harbor Workers’ Compensation Act (LHWCA, or Longshore Act) and extensions, and related admiralty/maritime matters. There were so many, in fact, that to even briefly summarize the issues and the holding in each case within the space limitations of a Longshore Insider article would require a year’s worth of Parts.

I’ve decided to simply list each selected case and cite one or two interesting points of law, interpretations, or illustrations of general principles for each.  These are the categories:

The Benefits Review Board reversed a District Director’s award of attorney fees, making the point that under section 928(b) in the federal Ninth Circuit Court of Appeals, where this case arose, it is not necessary that an informal conference be held followed by a recommendation, but that it is necessary that the U.S. Department of Labor (DOL) take some action to resolve the dispute. Here the parties resolved the dispute on their own so there was no attorney fee under section 928(b).

In this case, does an onshore injury resulting from a car accident covered under the Outer Continental Shelf Lands Act (43 U.S.C. 1331 et seq.)? Did it meet the substantial nexus test established in Pacific Operators Offshore, LLC v. Valladolid, 565 U.S. 207 (2012)?

The claimant, an Ultrasonic Testing field supervisor, spent about 89% of his work time offshore. He was injured in a car accident on his way to a pickup point for travel to an offshore oil rig. He was paid by the employer for travel time and mileage for his trips offshore. He had his testing equipment with him in his car.

The Fifth Circuit affirmed the decisions by the Administrative Law Judge (ALJ) and BRB that the injury occurred in the course and scope of employment (trip payment exception) and that the injury was sustained as the result of operations on the outer continental shelf (OCS) under the U.S. Supreme Court’s substantial nexus test, which requires a link between the employee’s injury and extractive operations conducted on the OCS.

This is a short unpublished opinion by the Ninth Circuit remanding a case for recalculation of an impairment rating under the LHWCA’s section 908(c) schedule (33 U.S.C. 908(c)). It contains several useful reminders.

Although the claimant had a pre-existing left arm impairment, the ALJ did not err under the literal language of section 908(c)(19) when he declined to apply the aggravation rule in calculating the impairment rating for the claimant’s right arm injury.

When calculating an impairment rating under the schedule an ALJ is not bound by a particular standard or formula, but in this case the ALJ erred by using the American Medical Association’s 6th Edition Guide to the Evaluation of Permanent Impairment. It was an abuse of discretion to refer to 6th Edition categories that did not fit the claimant’s objective findings.

Audiologists are “physicians” under the LHWCA, and under section 907(b) claimants have the right to choose their “attending” audiologist.

This case involved the calculation of the claimant’s average weekly wage (AWW).

The issue is whether a five-day worker who worked more than 260 days could have his AWW calculated reasonably and fairly under section 910(a).

The court found that a presumption in favor of applying section 910(a) is not rebutted by the fact that using 264 days would slightly underestimate the AWW. Section 910(a) does not require that a full-time worker who worked the entire year for a single employer should have worked exactly 260 days. Or rather, up to 260 days, since the Ninth Circuit has previously held that section 910(a) applies if a worker works more than 75% of 260 days, thus recognizing the possibility of an inflated AWW (Matulic v. Director, Office of Workers’ Compensation Programs, 154 F.3d 1052 (1998)).

This case was also remanded because the District Director misapplied the two-part test for evaluating suspension of the claimant’s compensation under section 907(d)(4) for refusing to participate in a work hardening program. The initial burden of proof is on the employer to show that the claimant’s refusal was objectively unreasonable. If the employer meets this burden, the burden shifts to the claimant to show that it was subjectively justified.

This is a rare case of a conviction of a claimant for fraud under section 931(a)(1) of the LHWCA. An electrician for Bath Iron Works had reported no earnings on his Form LS-200, Report of Earnings, but surveillance revealed that he was operating a business.  The sentence was three years of probation and restitution in the amount of $12,682.74.

There was a lot going on in this case, and one interesting point was raised when the claimant took the position that the employer discriminated against him under section 948(a) because of video surveillance used by the carrier in its investigation (the employer wasn’t aware of the surveillance). The BRB affirmed that surveillance does not constitute discrimination. Surveillance is routinely used, and it is a legitimate procedure.

This DBA (42 U.S.C. 1651 et seq.) case involved the Zone of Special Danger doctrine. The claimant was injured on his day off when he jumped from his second story balcony after locking himself out of his apartment. He was working as an electrician in the U.S. Embassy in Mozambique, Africa. The BRB reversed the ALJ's grant of Summary Decision in favor of the employer and found the injury covered under the Zone of Special Danger doctrine. Virtually every injury is covered under this doctrine, unless the circumstances involve criminal activity or something truly unforeseeable if not bizarrely improbable.

This was one of several cases discussed in earlier Longshore Insider articles illustrating the challenges faced by employers in defending claims filed years after the alleged injury. The courts have made it very difficult to identify the requisite “awareness” on the part of the claimant to start the LHWCA’s notice and claims filing time limits running.

The case does remind us that the section 920(a) presumption does not presume an injury.  The claimant must initially establish his prima facie case, i.e., that he has suffered some harm and working conditions existed that could have caused the harm.

Here are the other DBA cases, all decided by the BRB within a span of a few months and that were discussed in two recent Longshore Insider articles.

These cases involve claims filed years after the alleged accident or injurious exposure, and in each case the BRB reversed findings by the ALJs that the claims were untimely filed. The problem is identifying the point in time at which the claimant has the requisite “awareness” to start the notice and claim filing time limits running. The claimant “… must know that there was an injury which constituted an impairment of earning power. The fact that the claimant has suffered an accident and is aware that he is injured is not the test; the test is the awareness of the suffering of a compensable injury.”

Summary judgment was granted to the employer in this seaman status case. The court found that the plug and abandon oil field worker could not meet the second prong of the Chandris test for seaman status (i.e., have a substantial employment relationship to a vessel in terms of nature and duration).

The plaintiff ate and slept on liftboats during the decommissioning of an oil platform, but he never assisted with the navigation and never did any maintenance or repair work on the vessels.

As to the duration element of the Chandris test, the plaintiff could not show that he met the 30% threshold on a single vessel or a fleet of vessels under common ownership or control (Harbor Tug and Barge Co. v. Papai, 117 S.Ct. 1535 (1997)).

NOTE: Chandris, Inc. v. Latsis, 515 U.S. 347 (1995) is the U.S. Supreme Court’s test for crewmember status. The employee must 1) contribute to the mission or function of the vessel, and 2) must have a substantial employment relationship to a vessel in terms of nature and duration (30% rule of thumb).

This en banc opinion by the federal Fifth Circuit Court of Appeals considered whether a land-based welder working on a docked jack up rig was a crewmember entitled to the seaman’s remedies under the Jones Act and general maritime law. Since the court had a recent history of expanding the number and type of employees who qualified as seamen (Larry Naquin v. Elevating Boats, L.L.C., finding that a land-based crane operator was a seaman), it evidently believed that it was necessary to revisit the issue.

It is here that the court adds additional elements to the Chandris test for crew status:

The court found that Sanchez’ work was clearly not “sea-based.” All his work was performed while the vessel was jacked up, and he was not going to sail with the vessel.

Naquin is overruled, and hopefully we will see the end of crewmember status for land-based ship repair and maintenance workers.

This decision by the federal Eleventh Circuit Court of Appeals made the interesting observation that the U.S. Supreme Court’s decision in Vaughn v. Atkinson did not state that all ambiguities in a maintenance and cure case must be resolved in the seaman’s favor. The court has the duty to make credibility determinations.

There were several cases reminding us that the doctrine of uberrimae fidei (duty of utmost good faith) is still very much a part of U.S. maritime law.

The original formulation of this doctrine from the 1906 English Insurance Law provided that, “If the utmost good faith be not observed by either party the contract may be avoided by either party.” Every material circumstance must be accurately disclosed. Generally, even the inadvertent omission of a “material” fact by the applicant for insurance could result in the election by the insurer to void the policy.

The English Insurance Act of 2015, effective in this context on August 12, 2016, replaces uberrimae fidei with the new principle of “fair presentation.” The obligations and remedies of the parties have changed, and voiding the policy is no longer available under English law.

The original doctrine, however, is still entrenched in the United States in federal maritime law.

The insurance carrier voided the policy in this case when the application for coverage failed to disclose prior losses.

Coverage was voided in this case when the application failed to disclose prior fraud convictions.

The broker represented the insured’s experience to be “incident free” for eight years, but the previous carrier’s loss runs showed 12 claims and at least 9 others not included in the loss runs, including two deaths. The court held that uberrimae fidei was applicable here in the P&I context. The policy was also voided due to a violation of the navigational warranty that the vessel must not be operated more than one mile from shore. Navigational warranties are strictly enforced in the federal Eleventh Circuit.