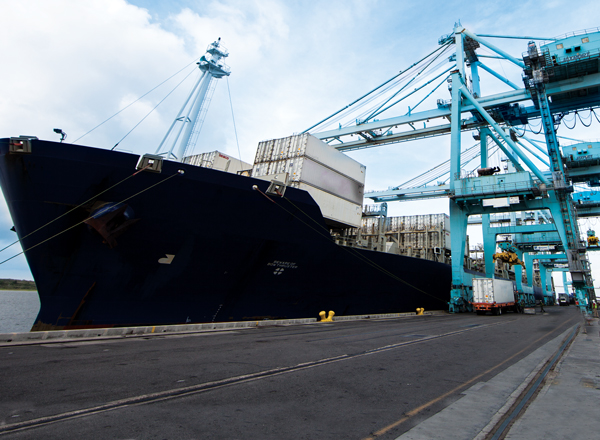 On March 15, 2017, the AEU Longshore blog discussed, in general terms, section 905(b) of the Longshore and Harbor Workers’ Compensation Act.  To expand on that discussion, here are some section 905(b) cases to illustrate interesting ways in which the vessel owner’s duties to maritime workers have been interpreted in the courts. These cases show that issues under section 905(b) can be complex, not to say unpredictable.

Brief review of vessel owner’s duties (a full discussion can be found in the previous post):  Under section 905(b), a vessel owner can be sued as a third party for the federal maritime tort of negligence by a worker covered by the Longshore Act.  Based on the concept that primary responsibility for worker safety rests on the maritime employer and not on the vessel, the vessel owner’s duties under section 905(b) are somewhat limited.

The plaintiffs claimed that not only had the vessel breached the three section 905(b) Scindia duties, but that the defendant had duties beyond the three duties imposed by the Supreme Court since the vessel’s crew had acted in a stevedoring capacity and secured the cargo.

Section 905(b) provides the exclusive means of relief for maritime employees against negligent vessel owners.

So in the final analysis, the court did in fact seem to recognize that ordinary tort principles may be implicated under section 905(b) in situations where the vessel owner participates in an independent stevedore’s cargo loading operations.

Bartholomew v. SeaRiver Maritime, Inc. (Cal. App. 4th Circuit, 2011)
In this asbestos case, the state appeals court affirmed the trial court’s grant of summary judgment in favor of the defendant vessel owner.  The court found that the vessel owner did not breach any of the duties owed under section 905(b).

The court approvingly paraphrased the vessel owner’s position:  “It was its custom and practice to turn over vessels in a safe condition, with the understanding that an experienced and skilled shipyard contractor and personnel could anticipate hazards associated with products or materials commonly present aboard vessels, including asbestos … It was not necessary to inform any shipyard contractor … that asbestos might be present or that preventative measures might be necessary to prevent asbestos exposure since they were the repair experts … When SeaRiver turned over its vessels to shipyards, it did so with the understanding that shipyard contractors would anticipate the presence of asbestos and could work around it safely…”

So this case involves the “turnover duty” to exercise ordinary care under the circumstances to have the ship and its equipment in such condition that an expert and experienced maritime employer can carry on its operations with reasonable safety, and to warn of latent hazards (not open and obvious).

The court emphasized that under Scindia a vessel owner is not required to turn over a vessel free of all hazards.  Rather, the vessel must be in such condition that an experienced contractor, mindful of the dangers he should reasonably expect to encounter, will be able to conduct operations with safety.

The question, in this case, was whether the maritime employer, an expert and experienced ship repair contractor, would reasonably expect asbestos-containing products and/or airborne asbestos fibers to be aboard the vessel.

The court concluded that the use of asbestos in ships was apparent in the industry and this condition was one that an experienced contractor should reasonably expect to encounter. Thus, the presence of asbestos was not a latent hazard implicating the section 905(b) duty to warn.  Latent means hidden, not open or obvious, and not reasonably to be anticipated by an experienced contractor.

The case arose when a longshoreman in the Port of New Orleans was injured as a result of crates that had been unevenly stacked in the loading port in Indonesia.  Oldendorff was the vessel owner and Pan Ocean Shipping was the time charterer of the vessel.   A clause in the charter contract contained an indemnification agreement for the benefit of the vessel owner (Oldendorff) by passing liability for negligently stowed cargo to the time charterer (Pan Ocean).

The issue was whether this contract clause expanded the time charterer’s duties under section 905(b).

The district court found that the contract clause placed liability for the negligent storage of the cargo on Pan Ocean, the time charterer, regardless of whether the hazard was hidden.  It granted summary judgment in favor of Oldendorff, the vessel owner, because the unevenly stacked crates was not a latent hazard, but it denied Pan Ocean’s motion for summary judgment.

The appellate court reversed.  It found that the contract clause at issue transferring liability for “risk and expense” to the time charterer is an indemnification clause determining contractual issues between the vessel owner and the time charterer, but it does not expand the duties owed to longshoremen under section 905(b).

Bunn v. Oldendorff Carriers GMBH Co. KG (4th Circuit, July 17, 2013)
This case involved the section 905(b) “turnover duty” when a longshoreman slipped on an icy deck and was injured.  You would think that an icy deck would be an “open and obvious” condition for which the vessel owner would not be liable, but the case took a turn when the vessel’s Chief Mate voluntarily undertook to remedy the open and obvious condition but then failed to follow through.

This is an unusual case in that it inserted a general tort principle (volunteering can create a duty) into the framework of the vessel owner’s duties under section 905(b).

While ice on the deck may have been open and obvious, was it obvious that the ship owner would promise to take care of the hazard and then fail to do so?  The court reasoned that “When a ship owner voluntarily and affirmatively undertakes to remedy an unsafe condition, but fails to do so, liability can attach to the ship owner” – even under section 905(b).

Specifically, the court stated, “Although a ship owner need not warn of hazards that would be ‘obvious to or anticipated by’ a stevedore, a reasonably competent stevedore has no reason to anticipate a hazard that the ship owner has promised to remedy but fails, without warning, to do so.”

There was a strong dissent in the case following a more traditional section 905(b) analysis.  The dissenting judge stated, “…a ship owner’s promise to remedy a hazard does not create a duty actionable under section 905(b).  This is so because in the absence of a ‘contract provision, positive law, or custom to the contrary’, all section 905(b) claims must fall under one of the duties identified by the Supreme Court in Scindia. An expert and experienced longshoreman cannot, by the mere virtue of a ship owner’s promise, shirk his duty to act with reasonable care in the face of an open and obvious hazard.”