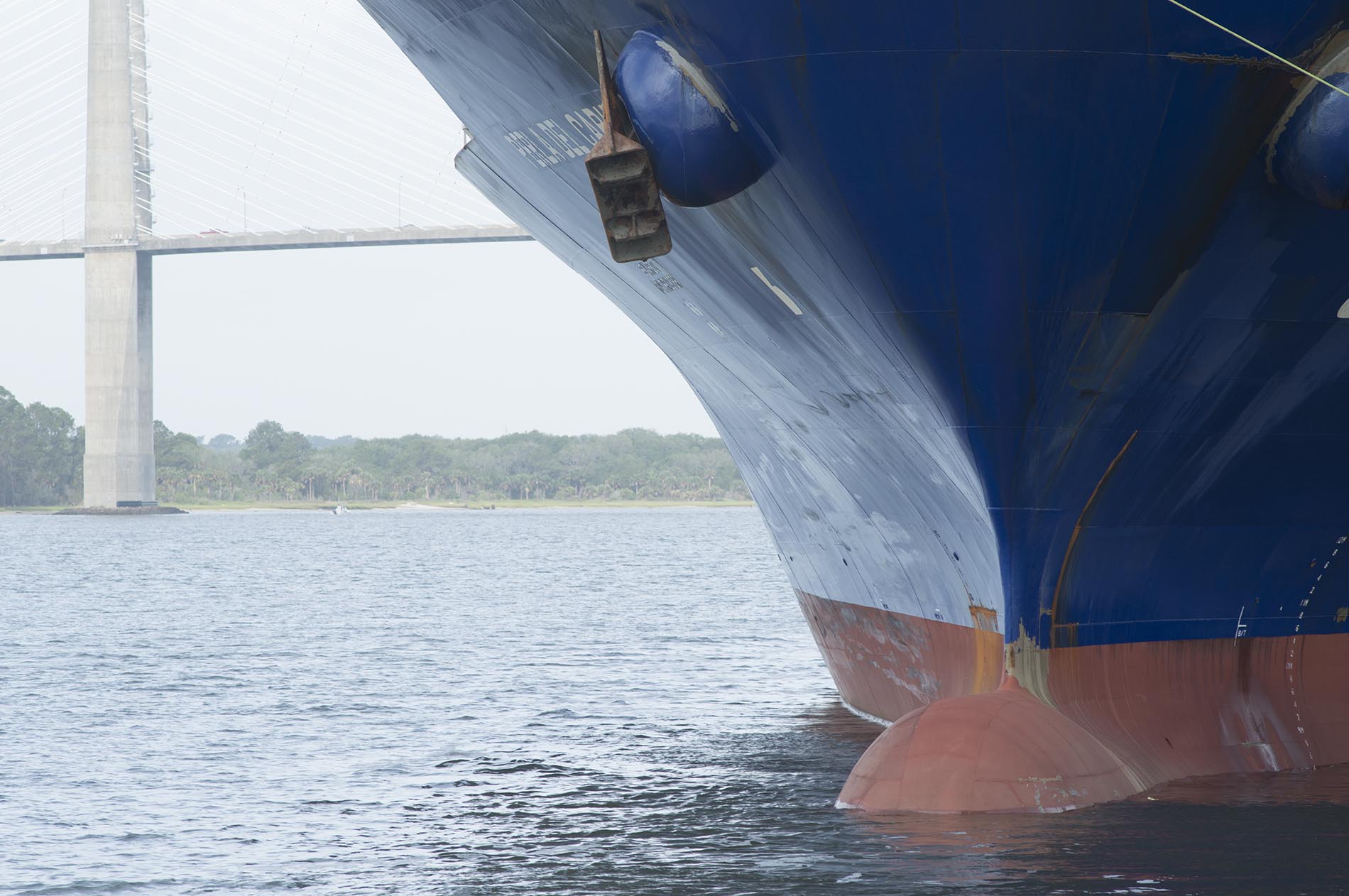 As we’ve frequently discussed, a worker must meet the maritime employment “status” test for Longshore Act coverage (section 2(3) of the Act), and he also must independently meet the “situs” or location  of injury requirement (section 3(a)).

Let’s take a look at some marginal situs situations.

There are three ways to meet “situs”:  1) “… if the disability or death results from an injury occurring upon the navigable waters of the United States …”, 2) on certain “enumerated” sites (such as a pier, wharf, dry dock. terminal, building way, or marine railway), or, 3) on an “other adjoining areas customarily used” for maritime activity.

The Longshore Act does not define “navigable waters of the United States”.  For both the Longshore Act and the seamen’s remedies under the Jones Act and the general maritime law the phrase is interpreted under the so-called “navigable in fact” test as set out in the U.S. Supreme Court’s decision in The Daniel Ball, 10 Wall. 557, 19 L.Ed. 999 (1871)

“(Rivers) are navigable in fact, when they are used, or susceptible of being used, in their ordinary condition, as highways of commerce, over which trade and travel are or may be conducted … and they constitute navigable waters of the United States, in contradistinction from the navigable waters of the State, when they form in their ordinary condition by themselves, or by uniting with other waters, a continued highway over which commerce is or may be carried on with other states or foreign countries.”

Whether or not the water is affected by the tides, or whether it may have been navigable at some point in the past, doesn’t matter.  The test for navigable waters under the Longshore Act is based on present use or susceptibility for future use in interstate or international commerce.  This was illustrated in a recent Benefits Review Board case ( Daniel O’Donnell v. Nautilus Marine Protection, Inc. and State Compensation Insurance Fund) in which the Board affirmed an Administrative Law Judge’s finding that a stretch of the Los Angeles River was not “navigable in fact”  even though the U.S. Army Corps. of Engineers and the Coast Guard has it listed as navigable under their separate criteria.

This “navigable in fact” test seems like a straightforward, workable approach.  And it usually is.

Situs questions, however, occasionally come up that involve unusual situations.  There are cofferdams, bayous, industrial flumes, reservoirs, dams, marshes, lakes, swamps, all sorts of natural or unnatural, temporary or permanent diversions of otherwise navigable waters that test the limits of “navigable in fact”.

I thought that I would look at a few of these unusual situations and try to identify some general principles that can be used as other situations arise.

First, let’s consider bayous, swamps, and marshes together since they share common characteristics relevant to the “navigable in fact” test.

Bayous, swamps, and marshes frequently are tributaries to, connected with, or adjacent to, larger bodies of water.  They are usually characterized by shallow water and thick vegetation, and activity is often conducted by specialized vehicles that may or may not be “vessels”.   The question is, are these bodies of water navigable at the location where the injury occurred?  You have to apply the “navigable in fact” test.  Is waterborne activity only possible by the most specialized of vehicles and then with difficulty only within restricted areas?  Or does the area, or could the area, actually serve as a highway of interstate commerce?  It’s a case by case test.  Hint:  If your “vessel” has treads, is continuously getting stuck in the weeds, or has to be carried in to the area and assembled there in order to operate, you are most likely not on the navigable waters of the United States.

Next, let’s look at cofferdams.  What is a cofferdam?  I consulted a dictionary, because my personal vague impression was simply that a cofferdam is an area that is temporarily dry because the surrounding water has been pumped out and blocked off so that things like piers and bridges can be built.

I was pretty close.  My dictionary says that a cofferdam is, “1.  a temporary watertight enclosure for construction or repairs in waterlogged soil or under water, 2. a sealed void between two bulkheads that prevents the escape of liquids, heat, etc.”

So what about situs when an injury occurs within a cofferdam, an area that is temporarily dry but surrounded by navigable waters?  It may depend on the temporary nature of the seal and the fact that the area will be flooded and navigable again in the future, and on whether or not the project within the cofferdam involves the construction of an inherently maritime structure.  For example, a dry dock has a maritime purpose, but a bridge usually is not considered to be a maritime structure.

Situs may depend on whether the area temporarily withdrawn from navigable waters will be re-flooded at the end of the project and returned to navigability.  If this is the case, and the project involves a maritime purpose or structure, then I think that an injury within the cofferdam will meet situs.

What about lakes?  The question of Longshore Act situs on a lake simply comes down to the question of whether or not the lake is contained completely within a single state with no access from the lake to other bodies of water and other states.  If the lake is completely intra-state then it is not a navigable water of the United States.  Just make sure that you cannot travel by water from the lake to other bodies of water that are geographically inter-state or international, or that the lake is not on a border between states.

The body of water in question must be part of a, “continued highway over which commerce is or may be carried on with other States or foreign countries ….”

How about the many varieties of water diverted from otherwise navigable waters for man made contrivances and purposes?

This includes water from adjacent navigable rivers diverted to circulate into and out of the heating and cooling systems of industrial plants, or to form industrial reservoir tanks for storage or manufacturing purposes, sewage treatment operations, and any other variety of diverted water systems or pools.  Once underground pipes or vents remove the water from the navigable waterway it is likely that this is where navigability ends.  The water in these industrial water systems can be considered to have been permanently removed for the purpose of carrying interstate commerce.

Reservoirs and dams can be tricky, but the key remains interstate or international commerce.  First determine if the body of water dammed to form the reservoir is capable of carrying interstate commerce.  Then you have to determine what stretches of that body of water may no longer be navigable due to the formation of the dam and reservoir.   If the reservoir is landlocked within a single state then it is not a navigable water of the United States.  Watch out for a reservoir (or lake) on the border between two states.  That’s interstate.

An unusual situation arises when a project involves work beneath the sea or river bed, such as the digging of tunnels.  Work on or in the navigable waters of the United States meets situs.  What about underneath?  I think this probably would not meet situs.

Remember, we’re only discussing situs in the context of whether or not a body of water qualifies as “navigable waters of the United States”.  If you rule out situs on this basis, you still have to consider whether situs is met under the alternative grounds of whether the injury occurred on an enumerated site or on an “other adjoining area customarily used” for maritime employment.

So, I was looking for general principles to apply in unusual situs situations.  There’s really only one.  Since situs is determined at the moment of injury, the general principle is whether or not that situs presently carries, or is capable of carrying with reasonable improvements, interstate or international commerce.