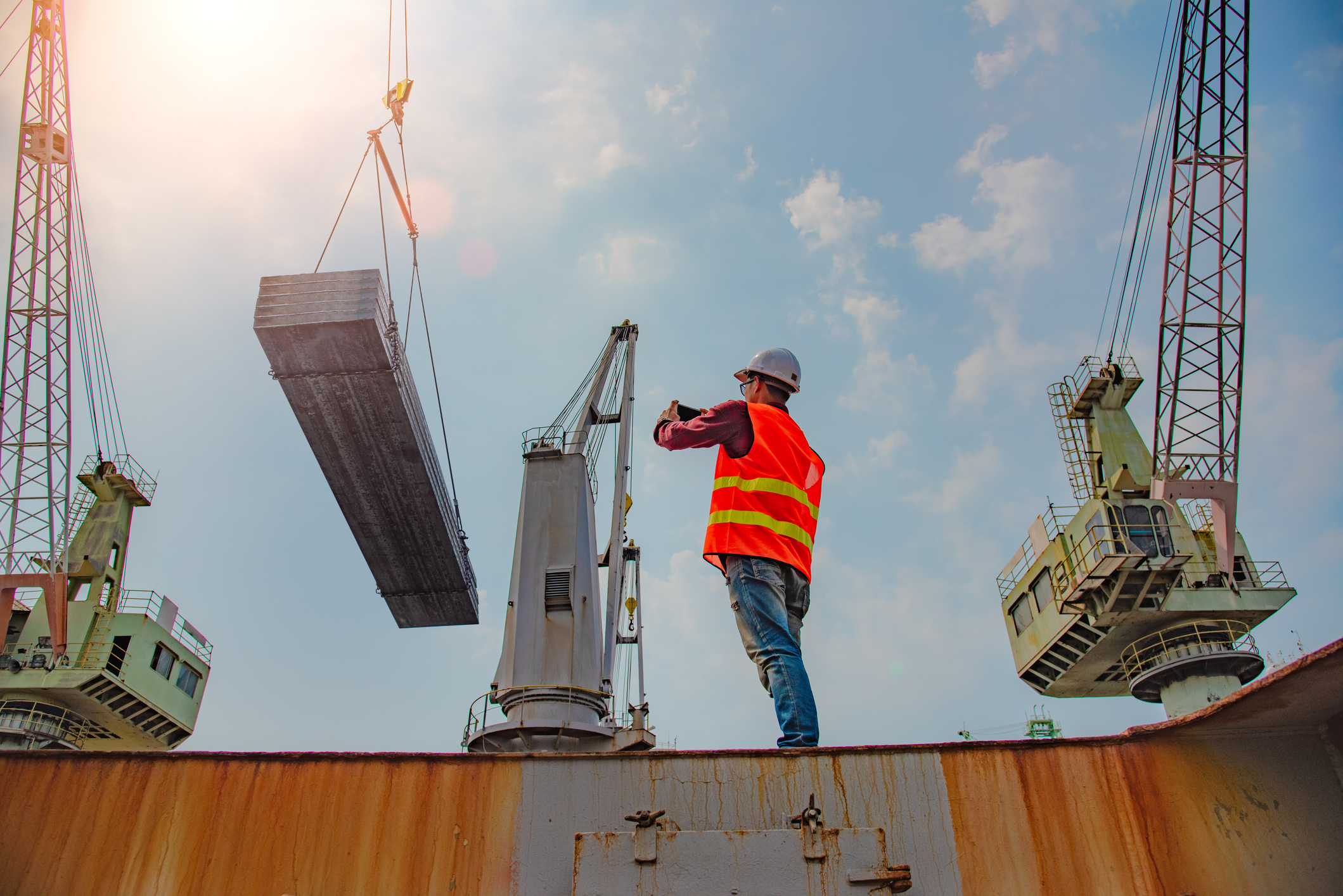 Employers ensure their liability for the illness, injury, or death of employees that occur in the course and scope of employment and arise out of the employment. Land-based maritime workers are covered by the federal workers' compensation law called the Longshore and Harbor Workers' Compensation Act (Longshore Act). The Longshore Act excludes seaman (crewmembers of a vessel) from coverage. Seamen are covered by federal liability statutes such as the Merchant Marine Act of 1920 (Jones Act) and by federal common law under the General Maritime Law (GML). These remedies are not available to land-based workers.

The problem is that there is an "Uncertainty Zone" where coverage and exposure overlap due to the difficulty in determining the status of an employee, i.e., whether he or she is a seaman or a land-based maritime worker covered by workers' compensation laws. The employer cannot be certain until there is a final adjudication of the worker's status either in a court of law or at the U.S. Department of Labor, which administers the Longshore Act. Injured workers are permitted to pursue both mutually exclusive remedies concurrently. This uncertainty has long been problematic for employers, underwriters, and employees.

The U.S. Supreme Court in Chandris, Inc. v. Latsis, 515 U.S. 347 (1995) established a two-part test for seaman status. First, the employee must contribute to the mission or function of a vessel, and second, the employee must have a substantial employment relationship with a vessel in terms of both duration (30% rule of thumb) and nature. The jurisprudence interpreting the Chandris test had reached the point in the U.S. Fifth Circuit Court of Appeals (TX, LA, MS), where the court affirmed a jury's finding of crewmember status for a land-side ship maintenance and repair worker who was injured while operating a land-based crane. The crewmember worked exclusively on docked vessels and virtually never went to sea (Naquin v. Elevating Boats, L.L.C., 744 F.3d 927 (5th Cir. 2014)).

The seaman's remedies had become available to workers who did not go on board vessels, let alone sail with them. We'd come a long way from the lengthy sea voyages, stranded in foreign ports, and "perils of the sea" dangers that had prompted the creation of the seamen's remedies. But, in my opinion, it was a long way in the wrong direction. Then came the case of Gilbert Sanchez.

Sanchez was a land-based welder assigned on a short-term contract to work on two jack-up rigs (vessels). He worked on the rig at issue, in this case, performing repairs while it was dockside, two steps over a gangplank from land. Sanchez commuted daily from his home and did not move with the rig when it went into operation. The federal district court granted Summary Judgement to the employer on the issue of seaman status, ruling that Sanchez was not a seaman.

On appeal, the Fifth Circuit issued a decision affirming the district court. Then, it withdrew this decision and issued a new decision in August 2020, reversing the district court and finding that under Naquin, Sanchez was a seaman after all. Finally, the Fifth Circuit reconsidered and, in an en banc rehearing, issued an opinion finding that Sanchez was NOT a seaman. In its final word on Sanchez, the court added additional elements to the two-part seaman test from Chandris:

We have a small number of cases interpreting the Fifth Circuit's enhanced version of the Chandris test for seaman status. Are we getting away from the seaman's claims asserted by land-based shipbuilding, repair, and maintenance workers and certain contract workers temporarily on board?

This case, currently on interlocutory appeal to the Fifth Circuit on the seaman status issue, involves the nature prong of the Chandris test. The plaintiff was a cargo handler on cargo barges mid-stream in the Mississippi River. The district court reviewed the Sanchez factors and noted that, unlike Sanchez, Meaux was not working dockside two steps from land. In a "close case," the district court found that Meaux's work was sea-based and that he was a seaman.

The plaintiff was employed as a remote-operated vehicle (ROV) technician on a vessel in the Gulf of Mexico.

Note: On the duration question, the court stated that "The case law is not clear on whether the court should consider Santee's entire career with Oceaneering or just the period of time during which Santee performed services under the contract with Chevron to determine if Santee meets the duration requirement" for seaman status. The court resolved the ambiguity in the plaintiff's favor and, considering only the time of the Chevron contract, found that he met the duration requirement.

The court worked through the Sanchez factors and considered whether the plaintiff met the nature element. It found that he owed allegiance to Oceaneering and not to the vessel on which he was on temporary assignment, that he was on board to perform discrete services as a "specialized transient worker." Although his work was clearly sea-based and met that element of the Sanchez test, he failed to meet two of the three Sanchez factors. Therefore, he failed the nature element of the seaman status test.

The issue, in this case, was whether a welder's helper was a seaman. The plaintiff was injured when a fire broke out on a moored vessel while he was assisting with maintenance and repairs. The federal district court in Alabama (Eleventh Circuit) cited Sanchez as persuasive authority. After reviewing the Sanchez factors, the court granted Summary Judgement to the employer, finding that the plaintiff's work was not sea-based and that he was not a seaman.

This case also involved a "welder's helper's" claim for seaman status. He was injured while working on a crane barge, assisting in the movement of gangway segments. Considering the Sanchez factors on the issue of seaman status, the court granted Summary Judgement to the employer, finding that the employee did not meet the nature element of the test. Virtually all his work occurred on land or when the vessel was moored. He merely stepped aboard from the dock, and his work consisted of discrete tasks after which his connection with the vessel ended.

This case involved a "lineman" who was injured while assisting in mooring a vessel to a buoy in the Mississippi River. The court cited Sanchez as representing "recent developments in the nature test" and considered Blanda's employment relationship to the launch boats he worked from in performing his duties under the enhanced version of the Chandris test. Most of Blanda's work involved mooring lines on ocean-going vessels at buoys midstream in the Mississippi River and not at dockside.

The court found that this was sufficiently sea-based to satisfy Sanchez. Also, the court found that his work was not transitory, limited to "discrete tasks." Mooring lines on vessels was his regular, permanent job. Blanda met the nature test under Chandris/Sanchez. The court also expressed its opinion that it considered the Sanchez factors not to be a list of mandatory elements, each of which must be satisfied, but rather factors to be considered in the seaman status question.

Note: The court went on to find that although Blanda met the nature test, he did not meet the duration test, so his claim for seaman status failed.

The plaintiff was a barge cleaner working primarily from permanently moored work platforms (not vessels). He cleaned customers' barges secured to the work platforms, and he was injured while working on a customer's (Ingram) barge. Was he a seaman in relation to the customer's barges? Addressing the Sanchez factors, the court found that the plaintiff owed his employment allegiance to his employer, TT Barge. His work was not sea-based since he only worked on docked vessels and never sailed with the vessels after his work was done. Therefore, he failed the nature element for seaman status.

This is another case involving cargo operations on vessels moored mid-stream in the Mississippi River that implicated the Sanchez factors for seaman status. Here, the longshoreman/heavy equipment operator failed the Sanchez test for the nature of employment relationship. His allegiance was to his shoreside employer, and he performed discrete stevedoring services and did not sail on the vessels from which he worked.

Note: He also did not meet the duration requirement.

So, the question is: To what extent going forward, will the Sanchez factors reduce the number of seaman's lawsuits filed by land-based maintenance and repair workers (those working on docked vessels and "transient" special skill contract workers)?

We will stay tuned.

Jack Martone joined The American Equity Underwriters, Inc. in 2006, where he serves as Senior Vice President, AEU Advisory Services. Prior to AEU, Jack served for 27 years in the U.S. Department of Labor, Office of Workers Compensation Programs, as Chief, Branch of Insurance, Financial Management, and Assessments and Acting Director, Division of Longshore and Harbor Workers' Compensation for the U.S. Department of Labor. As Branch Chief, Jack directed the licensing and regulation of insurance carriers and self-insured employers under the Longshore and Harbor Workers’ Compensation Act. Jack received his bachelor’s degree from Fordham University and his Juris Doctorate from St. John’s University School of Law.