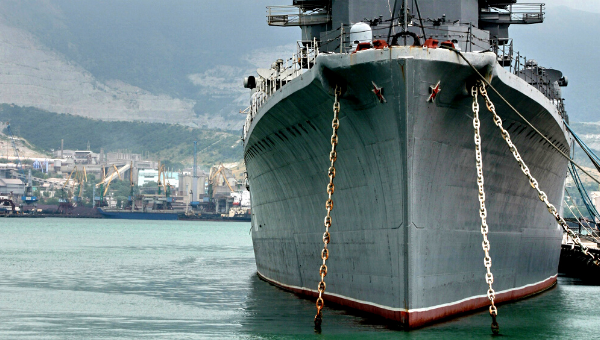 Recent decisions by the U.S. Department of Labor’s (DOL) Benefits Review Board (BRB) illustrate the issues that arise when a claim is filed years after the alleged injury.

Section 12(a) (33 U.S.C. 912(a)) – Notice of Injury or Death - Time Limitation; to whom notice is given.  "Notice of an injury or death in respect of which compensation is payable under this Act shall be given within thirty days after the date of such injury or death, or thirty days after the employee is aware, or in the exercise of reasonable diligence or by reason of medical advice should have been aware, of a relationship between the injury or death and the employment, except that in the case of an occupational disease … such notice shall be given within one year …”

Section 12(d): “Failure to give notice shall not bar any claim under this Act (1) if the employer … or the carrier had knowledge of the injury or death, (2) the deputy commissioner determines that the employer has not been prejudiced by failure to give such notice ...”

Section 13(a): Filing of Claims - Time to file.  "… the right to compensation for disability or death under this Act shall be barred unless a claim therefore is filed within one year after the injury or death…. The time for filing a claim shall not begin to run until the employee or beneficiary is aware, or by the exercise of reasonable diligence should have been aware, of the relationship between the injury or death and the employment,”

Section 13(b)(2): “… a claim for compensation for death or disability due to an occupational disease … shall be timely if filed within two years after the employee or claimant becomes aware ….”

Section 20: Presumptions. "In any proceeding for the enforcement of a claim for compensation under this Act it shall be presumed, in the absence of substantial evidence to the contrary –

(b) That sufficient notice of such claim has been given,”

Note:  The section 20(b) presumption applies to both the section 12 and section 13 notice and claim filing time limits.

This Defense Base Act (DBA) case involves the claimant’s initial burden to establish a prima facie case, the section 20(a) presumption of causation, admissibility of evidence, and the reporting and tolling provisions of section 30(a) and 30(f), but we are only considering the issues of timeliness of notice and claim filing under sections 12 and 13.

The claimant worked in Iraq between December 2004 and April 2005, dealing with the handling and storage of chemicals and trash disposal at burn pits. The trash consisted primarily of plastics.

In late 2005, he developed lung problems and eventually developed cancer.  His left lung was surgically removed on November 15, 2011. In March 2018, the claimant’s treating physician stated that it was highly likely that the burn pit exposure could have caused the cancer. The claimant filed a claim for compensation on April 10, 2018.

The claim was filed nearly 13 years after the end of the covered exposure. The statute provides for a 30 day or, as in this occupational disease (OD) case, one-year notice requirement and a one-year or, in this OD case, two-year claim filing requirement.

Note:  The section 13(a) statute of limitations begins to run only after the employee is aware or reasonably should have been aware of the full character, extent, and impact of the injury.  He must know or should know that the injury is work-related and will impair earning power.

Another typical formulation: “'Awareness' means the claimant can or should be able to determine from the information given that his ability to earn wages has been affected by the work injury.”

Note:  The diagnosis of a condition, and treatment for it, standing alone, do not commence the running of the time limit. The key is “awareness” of the full character, extent, and impact of the injury.

The ALJ also found that the claimant should have been aware in 2011 of the connection between his occupational disease and his work for employer based on the diagnosis of lung cancer and his constant interaction with doctors throughout that time period, including discussions of his duties in Iraq. The ALJ found that the 2018 claim was barred as untimely under section 13(b)(2).

The BRB found that the ALJ failed to give the claimant the benefit of the section 20(b) presumption.

Note:  The ALJ did cite substantial evidence that in his judgment was sufficient to rebut the presumption. The BRB, however, appears to have given the presumption evidentiary weight, strengthening the claimant’s case rather than employing it only as a burden of proof shifting procedure. The BRB reversed the ALJ on awareness. In its opinion, the ALJ did not sufficiently explain how the claimant’s treatment for lung cancer and interactions with doctors beginning in 2011 met the “awareness” standard since in the BRB’s view there was no specific workplace relationship established.  Even though the claimant was not working, had a serious lung disease, and his treatment notes show discussions of his work in Iraq, there is no explicit statement in the record until 2018 that the claimant’s lung condition was caused by, or could have been caused by, his work in Iraq.

The BRB found that the ALJ failed to evaluate the credibility of the claimant’s testimony that he never made any connection between his job and his lung disease.

The BRB found that the ALJ did not sufficiently explain her findings on prejudice to the employer for the late notice, characterizing the evidence the ALJ cited as based on mere conclusory allegations.

The ALJ will be starting over on remand.

In this DBA case, the claimant worked as a food warehouseman in Afghanistan from March 2011 to June 2015.  He experienced traumatic events such as rocket and mortar attacks, bombings, and the death of fellow employees.

He sought psychiatric treatment beginning in June 2015, and a medical report dated April 25, 2016, noted a link between his condition and his employment. The claimant filed a claim on March 7, 2019.

The ALJ held that the claimant should have been aware of the connection between his Post Traumatic Stress Disorder (PTSD) and his employment on April 25, 2016.  He found that the claim was untimely and granted Summary Decision to the employer.

Note:  The ALJ did award medical benefits, which are never time-barred.

Once again, the BRB, appearing to give evidentiary weight to the section 20(b) presumption in favor of the claimant, reversed the grant of Summary Decision and remanded for an evidentiary hearing.

The BRB stated that the ALJ failed to draw inferences in the claimant’s favor as required under the Summary Decision standard and erroneously weighed the evidence in favor of the employer without applying the section 20(b) presumption.

The claimant in this DBA case did security work in Iraq from November 2006 through February 2010 at U.S. military bases.  In 2008, an explosion damaged his hearing and killed two persons standing next to him.

He first sought psychological treatment in 2016 and filed a claim for benefits in March 2018, eight years after the exposure.

The ALJ found that the claim for compensation was untimely under section 13, as the claimant should have been aware in 2014 that he had work-related PTSD based on failed employment attempts due to failed psychological tests.

The BRB reversed the ALJ because the employer failed to rebut the section 20(b) presumption, thus the claim was timely as a matter of law by operation of the presumption.

The lesson from these cases is that the BRB will (mis)use the section 20(b) presumption to strengthen the claimant’s case and require the employer to prove the issue of timeliness at the prima facie/presumption stage.

To defend a claim under sections 12/13 you need, at the very least, an explicit medical diagnosis that links the disabling and wage-earning impairing condition to employment (although there appeared to be one in the Gashi case).  Nothing short of that will impute awareness to the claimant.

This type of case can present a sympathetic claimant, for whom “awareness” as an attenuated state of mind must be identified in cases that may involve psychological impairments.