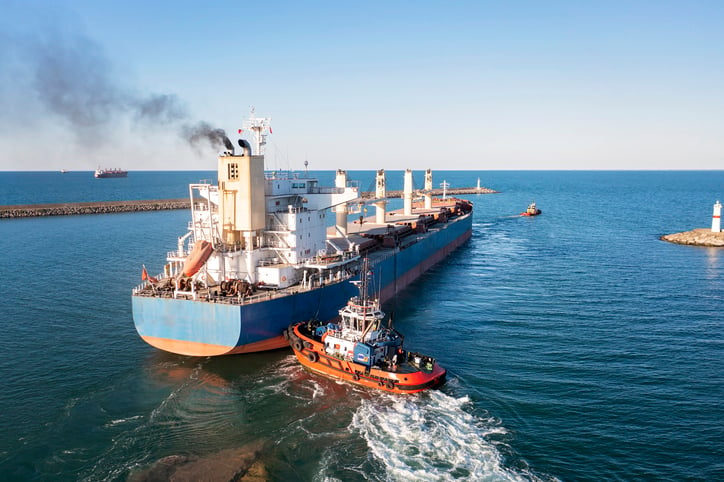 We last considered the Defense Base Act (DBA) in the Longshore Insider when we discussed two claims that 1) involved an employee who was injured while showering in his private apartment during off-duty hours, and 2) an employee who was injured during off duty hours when he jumped off the balcony of his private apartment because he had locked himself out. Both claims were covered under the Defense Base Act (DBA) by application of the Zone of Special Danger doctrine.

There are two recent DBA cases that are more conventional and instructive. I’ll begin with a bit of a review.

The DBA (42 USC 1651 et seq.) is a workers' compensation law that extends the benefits of the Longshore and Harbor Workers' Compensation Act (LHWCA, or Longshore Act) to employees outside of the continental United States under certain circumstances. It was passed in 1941, supplemented in 1942 by the War Hazards Compensation Act, and amended in 1953 and 1958 to broaden coverage.

The DBA covers the following:

General principle: If you plan to have employees working overseas, then you should think about the DBA.

This case involved a claim by the widow of an employee who suffered a fatal heart attack while working in a Croatian shipyard overhauling a US Navy vessel. His employer was working on a subcontract of a general contract with the US Navy's Military Sealift Command.

The US Department of Labor's (DOL) Administrative Law Judge (ALJ) denied the widow's claim under the DBA. He found the work was not a project "for the public use of the United States or its allies and thus said contract was not for the purposes of engaging in public work" under the DBA.

The employer did not have DBA insurance, and, peculiarly, the ALJ concluded from this that "the industry did not believe DBA insurance was necessary under these facts," presumably this influenced his coverage determination. The ALJ also found it significant that DBA coverage was not mandated in the Navy contract.

1. Did the DBA cover this contract as a "public work" contract"?

The statute defines "public work" at 42 USC 1651(a)(4): (1) The term "public work" means any fixed improvement or any project, whether or not fixed, involving construction, alteration, removal or repair for the public use of the United States or its allies, including but not limited to projects or operations under service contracts and projects in connection with the national defense or with war activities, dredging, harbor improvements, dams, roadways, and housing, as well as preparatory and ancillary work in connection therewith at the site or on the project, …."

The ALJ found, without explanation, that the work on the Navy vessel in Croatia was not a "public work." He noted that no prior case law exists explicitly finding that work overseas on a US Navy vessel is a DBA "public work." In reversing the ALJ, the Benefits Review Board (BRB) took the opportunity to make such a finding, ruling that this project, with a military aspect, was, by definition, a public work.

2. The government's contract did not require DBA insurance. Does this mean that there was no DBA coverage?

The DBA contains a provision that all contracts must require DBA insurance:

"Every such contract shall contain provisions requiring that the contractor (and subcontractor or subordinate contractor with respect to such contract) … provide for securing to or on behalf of employees engaged in such public work under such contract the payment of compensation …."

If the Navy's contracting officer fails to implement this requirement in the contract, does this mean that the DBA will not apply?

No, it does not mean that. The BRB has specifically held that the requirement for DBA insurance "… cannot be defeated by the omission of a security/insurance provision" in the contract. In this regard, the BRB noted that the only way to waive the application of otherwise applicable DBA coverage is by the affirmative action of the Secretary of Labor in granting a waiver.

3. The ALJ found that the employer did not have DBA insurance and that "the industry did not believe that DBA insurance was necessary" in this type of contract. Why not?

As with the Navy's contracting office, an employer does not have the authority to waive DBA coverage based on a good faith, but erroneous belief, that the DBA does not apply.

So, the decision offers the expected answers to three questions:

Furthermore, it goes without saying that the DBA applies to all subcontracts to a "public work" contract. There is really nothing new here, but the case does provide clarity to the extent that it may have been needed.

In this DBA case, the US District Court for the Southern District of Texas reversed an Order of the BRB.

This is the claim of a flight attendant for a charter airline, one of whose customers is the US Department of Defense (DOD). The airline's DOD contract includes both domestic and international flights. She was injured in an automobile accident in Texas on her way back from contractually required random drug testing. Her last three flights preceding the accident were DOD international flights (covered by the DBA), but she was not scheduled for any upcoming flights on the day of the accident. The accident occurred on a "reserve day," meaning that she was required to be within two hours of her base and available for work if called.

As affirmed by the BRB, the DOL's Administrative Law Judge (ALJ) found that the claim was covered under the DBA as it was in furtherance of a "public work" contract. The DBA does provide for coverage "… irrespective of the place where the injury or death occurs and shall include any injury or death occurring to such employee during transportation to or from his place of employment where the employer or the United States provides the transportation or the cost thereof…."

So, there is a provision for DBA coverage under certain circumstances, even if the injury does not actually occur overseas. As noted, the federal district court reversed the decisions of the ALJ and BRB. The court agreed that Omni's contract with the DOD was a "public works" contract and that the claimant was injured in the course and scope of employment. It did not agree, however, that at the time of the accident, the claimant was working on a specific DBA work assignment pursuant to that public work contract. The claimant had no future work assignments scheduled, and the fact that the ALJ found that her next assignment would probably be overseas was speculation and irrelevant. Moreover, the drug testing was an FAA requirement for all flight attendants and was not specific to Omni's DOD contract. At any rate, Omni's contract was for non-DBA domestic and DBA international flights.

Note: The claimant would presumably be eligible for state act workers' compensation benefits.