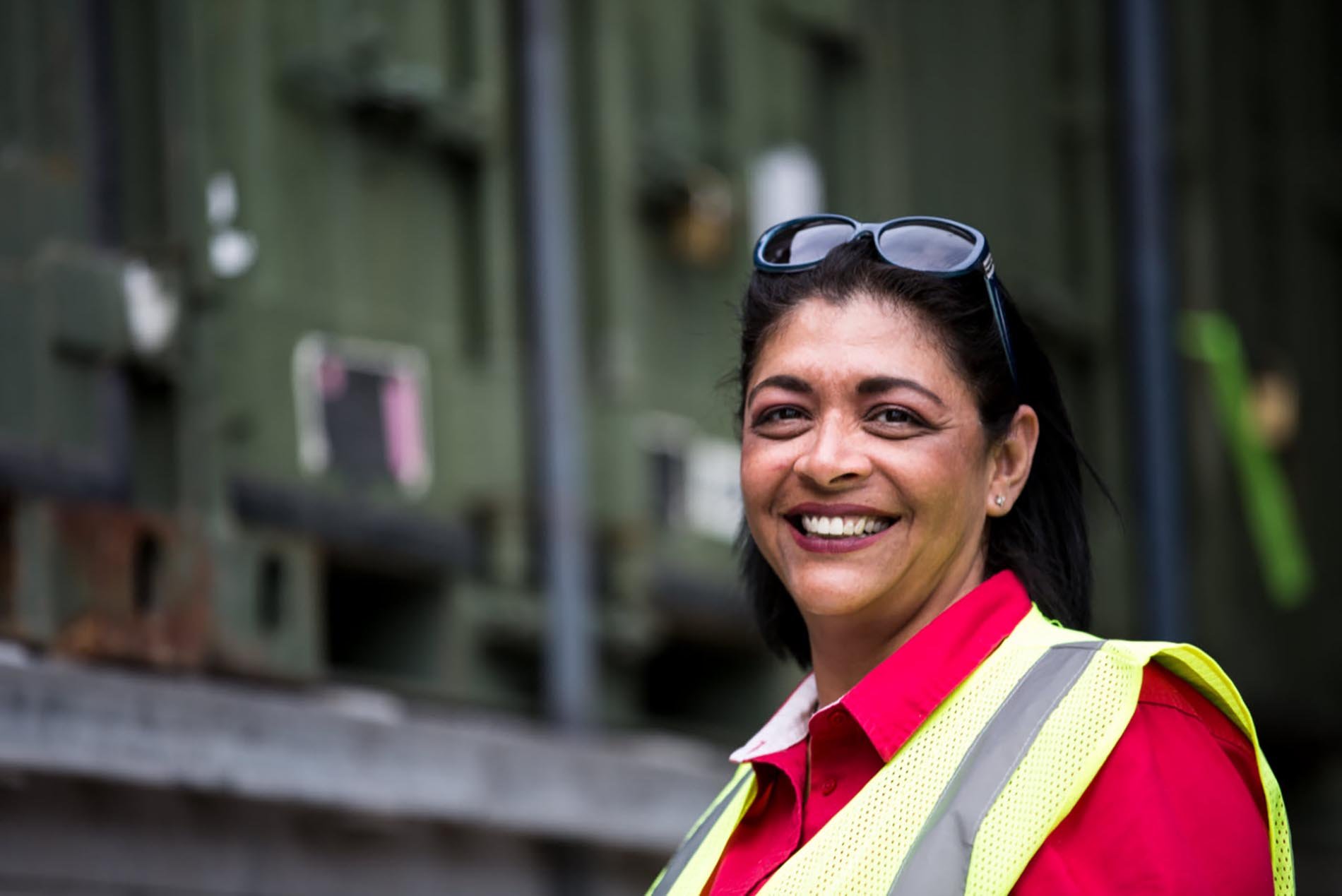 You would think that at any given time, the worker and the employer would know how much the worker was being paid.  But it’s not always so easy.

In the majority of cases the injured worker and the employer are able to reach an agreement on the worker’s average weekly wage (AWW) as of the time of the injury or disability.  This is generally to the advantage of the employer, since even a small adjustment to the AWW in the injured worker’s favor in a contested case will shift the burden to the employer to pay the worker’s attorney fees.  There are a wide range of issues are contested in this area.  I’ll try to list the most common.

“Except as otherwise provided in this act, the average weekly wage of the injured employee at the time of the injury shall be taken as the basis upon which to compute compensation and shall be determined as follows:

(b)  If the injured employee shall not have worked in such employment during substantially the whole of such year, his average annual earnings if a six-day worker, shall consist of three hundred times the average daily wage or salary and, if a five-day worker, two hundred and sixty times the average daily wage or salary, which an employee of the same class working substantially the whole of such immediately preceding year in the same or in similar employment in the same or a neighboring place shall have earned in such employment during the days when so employed.

So, section 10 provides three alternate methods of determining the injured worker’s AWW.  Sections 10(a) and 10(b) provide a formula:  the AWW is calculated by dividing the total “wages” of the injured worker during the 52 weeks preceding the injury by the number of days “so employed” to get the “average daily wage”; this average daily wage is then multiplied by either 260 for a five day a week worker or 300 for a 6 day a week worker to get the average annual earnings.  Section 10(d) provides that the “average annual earnings” is then divided by 52 and the result is the AWW.

Section 10(a) is used if the evidence provides the worker’s actual earnings during the year preceding the injury and the worker worked for substantially the whole of that year (generally more than 75% of available workdays), and was a five or six day worker.  It is generally required that all of the worker’s jobs were comparable to the job he was performing when he was injured.

Section 10(b) is used where the worker was not employed in that employment for substantially the whole year (e.g., less than 75%) but there is sufficient evidence of the wages of comparable employees who did work the whole year as five or six day workers.

Section 10(c) is used if neither 10(a) nor 10(b) can be used.  The object is to arrive at an AWW that reasonably and fairly represents the worker’s annual earning capacity at the time of the injury.  The Administrative Law Judge has wide discretion under section 10(c).

First, there is clearly the built in potential for over-compensation.  In many cases, workers do not work all of the 260 or 300 days for a five day or six day a week worker, but the act gives them credit for this many days if they work “substantially” the whole of the year.  This is a minor point, however, that the courts appear to be comfortable with.

(13) The term ‘wages’ means the money rate at which the service rendered by an employee is compensated by an employer under the contract of hiring in force at the time of the injury, including the reasonable value of any advantage which is received from the employer and included for purposes of any withholding of tax under subtitle C of the Internal Revenue Code of 1954 ….  The term wages does not include fringe benefits, including (but not limited to) employer payments for or contributions to a retirement, pension, health and welfare, life insurance, training, social security or other employee or dependent benefit plan for the employee’s or dependent’s benefit, or any other employee’s dependent entitlement.”

So, “wages” is basically defined as what the I.R.S. considers to be taxable income and taxable advantages and excludes “fringe benefits”.  There is no shortage of arguments over what types of payments to workers constitute “wages” and are therefore to be included in earnings to increase the AWW.

Here are just a few examples of the issues that arise:

– Guaranteed Annual Income (GAI) payments made to longshoremen based on seniority and hours worked constitute wages;

–Vacation and holiday pay earned prior to the date of injury but paid after is usually included in the AWW;

–Tips are usually included if the contract of hire contemplated tips as a regular part of the worker’s pay;

–Usually included in AWW is payment that the worker receives as a lump sum payment for unused vacation or sick pay that is “sold back” to the employer, but extra days “so employed” are not created with those payments;

–Container Royalty Payments (CRP) made to longshoremen as part of the collective bargaining agreement are usually included in the AWW.

A good general guide is if the payments constitute taxable income under the I.R.S. code then they should be included in the calculation of the worker’s AWW as “wages”.

Once you sort out what’s to be included in “wages” there are other issues.  Section 10 provides three alternate methods for calculating an AWW.  Which one do you use in a given case?

The typical approach is that section 10(a) is to be used if its requirements are present, i.e., the worker worked regularly and substantially for the whole of the year preceding the injury (over 75%) in the same or a comparable job in which he was injured, and he was a five or six day worker.  Sections 10(a) and 10(d) contain the formula for deriving the AWW in this case.

If section 10(a) does not apply because of the work record of the injured worker, but there is adequate evidence of the earnings of workers in similar jobs, you can use section 10(b).

Section 10(c) is most commonly used in contested cases.  This is problematic for employers, as it gives the ALJ very wide discretion in arriving at the worker’s wage earning “capacity” as of the date of the injury.  The ALJ can use the earnings over a few week period, or fish around back over many years, looking for an “earning capacity” for even workers with the most spotty or intermittent work record.  It’s pretty much wide open.  The interpretation of “annual earning capacity” under section 10(c) frequently simply does not reflect the real world work history of the injured worker.

You can see the effects of this approach in Defense Base Act cases, where workers leave their customary careers and jobs in the U.S. for what are in effect work on temporary government contracts overseas in places like Iraq where they are paid three or four times what they were earning in their U.S. jobs.  When the workers are injured within days or weeks of arriving overseas, they are paid DBA benefits based on the temporary and hugely inflated AWW of their work on their overseas contracts.  The overseas work in combat areas is not comparable to work in the U.S., so you are calculating AWW under section 10(c) in these cases.

–Is the worker a five day or six day worker?  There is no established test for this.  It is up to the Administrative Law Judge (ALJ) to determine based on the injured worker’s work record in the year preceding the date of injury or onset of disability.

–What if the injured worker had been scheduled to receive a bonus or a pay raise or a promotion but the injury intervened?  Generally, speculative events or events scheduled or occurring after the date of injury do not figure into the AWW.  But remember, under section 10(c), there are exceptions to every general principle.

–How do you count the “days when so employed” as the phrase is used in sections 10(a) and 10(b)? It is important because in the formula the average daily wage is calculated by dividing the “days so employed” into the total earnings and then multiplying the result by either 260 or 300 for five or six day workers respectively.  The result is divided by 52 under section 10(d) and you have your AWW.   So the fewer “days so employed”, the higher the ultimate AWW will be.

Essentially, “days so employed” means the days actually worked, plus holiday and vacation days that the worker was paid for but did not work.  So only actual days worked or paid in lieu of work are counted as “days so employed”.

–What exactly does “earning capacity” mean as it is used in section 10(c)?  This is hard to pin down given the wide discretion exercised by the ALJs.  For example, “The goal of Section 10(c), that of arriving at a reasonable ‘annual earning capacity’, is intended to reflect the potential of claimant’s ability to earn.”  Or, “the amount of earnings the claimant would have the potential and opportunity to earn absent injury.”  This kind of vague language gives you an idea of how much discretion is exercised under section 10(c). As I noted, it’s wide open.

This has gotten too long, but at least we’ve scratched the surface.  The point is that AWW can become a very complicated issue.