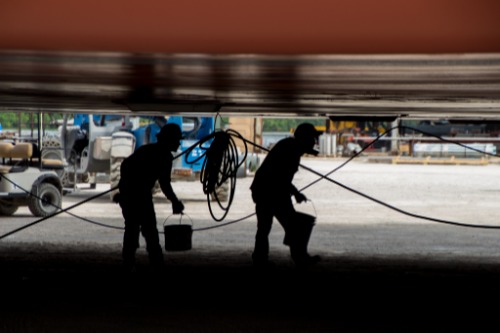 This is from the Procedure Manual for Claims Examiners in the Division of Longshore and Harbor Workers’ Compensation in the U.S. Department of Labor (DOL):

The timely reporting of injuries to the DOL by the employer is very important. In some ways it’s to the advantage of the employer, and there are penalties attached to failure to comply with the 10 day requirement.

On November 9, 2009, the DOL published Industry Notice No. 130: “Subject: Initiative to Improve Timeliness in Employer’s First Report of Injury and Initial Payment of Compensation.” In this Notice, the DOL announced its intention to “scrutinize more closely” the “timeliness in filing first reports of injury.”

This Notice did not add any new reporting requirements nor change in any way the Section 30(a) ten day requirement. Rather, it reflected the DOL’s intent to improve the industry’s compliance with the existing standard. This initiative by DOL is in conformance with the requirements of the Government Performance and Results Act of 1993 (GPRA), which requires that agencies set goals and measure progress against those goals.

So, what must the employer do under Section 30(a)? It’s simple. The employer must send Form LS-202 to the appropriate DOL district office within 10 days of a lost time injury, or 10 days from the date that it has knowledge of the injury. The term “lost time injury” means time lost beyond the day or shift of the injury. A report of injury should also be filed if no time is lost but it is anticipated that the incident will result in an impairment rating and a claim for a scheduled award under Section 8(c). Note: The reports are timely so long as they are mailed within the 10 days as evidenced by the postmark.

The report can be filed by regular mail, or it may be filed electronically once the employer has registered with DOL as an electronic filer. In some DOL district offices, the report can also be faxed.

– the report must be mailed within 10 days. Don’t wait to verify all of the information or to complete an investigation. It is more important to report the injury timely;
– the Form LS-202 is not “evidence” of any fact stated in the report. The employer can describe reported events as “alleged” if it wishes, but it’s not necessary;
– the statute of limitations for filing a claim does not begin to run until the employer files the Form LS-202. If the employer never files the Form LS-202, the claim filing time requirement never begins to run against the injured worker;
– it is the employer’s obligation to file the Form LS-202, not the insurance carrier’s. If the employer sends the report to its insurance company within 10 days, and the insurance company then files it with the DOL too late, the employer has failed to comply with the requirement;
– the information on the Form must be accurate. Incorrect statements can be inconvenient to explain later on, and there are harsh provisions in the Act to deal with intentional false statements.

The 1984 amendments to the Longshore Act changed the basis for the assessment of penalties under Section 30(a). The language of “failure or refusal to send any required report” was changed to “knowingly and willfully” failing or refusing to send a report. “Knowingly” means that the employer knew or should have known of the requirement, and “willfully” means either intentionally disregarding the statute or being plainly indifferent to its requirements.

The maximum penalty for failing to file Form LS-202 within 10 days was set in the 1984 amendments at $10,000 per occurrence. Then, effective November 17, 1997, the maximum was increased to $11,000 under the provisions of the Federal Civil Penalties Inflation Adjustment Act of 1990 as amended by the Debt Collection Improvement Act of 1996.

Under the DOL’s guidelines, suggested penalties are:

The process will begin when the DOL receives a late Form LS-202 and sends the employer a form letter requesting an explanation for the delay. This letter should most definitely not be ignored. The employer’s response will determine the path to a penalty and the employer’s compliance record at the DOL district office.

Any and all extenuating and mitigating circumstances should be presented, including, if appropriate, the facts that any compensation due is being paid timely as well as the employer’s past performance in timely filing. Insufficient excuses for avoiding a penalty include the fact that the employer was unaware of the requirement or that the employer’s insurance company failed to file a timely report.

If the employer does not respond to the DOL’s inquiry, or provides inadequate explanations, it is likely that a penalty will be assessed.

Fines and penalties assessed under various provisions of the Act go into the Special Fund, but raising money for the Fund is not the purpose of the penalty provisions. Far less than 1% of Special Fund receipts in any given year are due to fines and penalties. The Section 30(a) requirement in particular and DOL’s current compliance initiative are intended to improve the administration of the Act.

So, employers with a Longshore Act exposure, identify the appropriate DOL district office for each of your operations (this can be done at dol.gov under the agency listing for Office of Workers’ Compensation Programs, Division of Longshore and Harbor Workers’ Compensation) and make sure that your Forms LS-202 are filed timely.