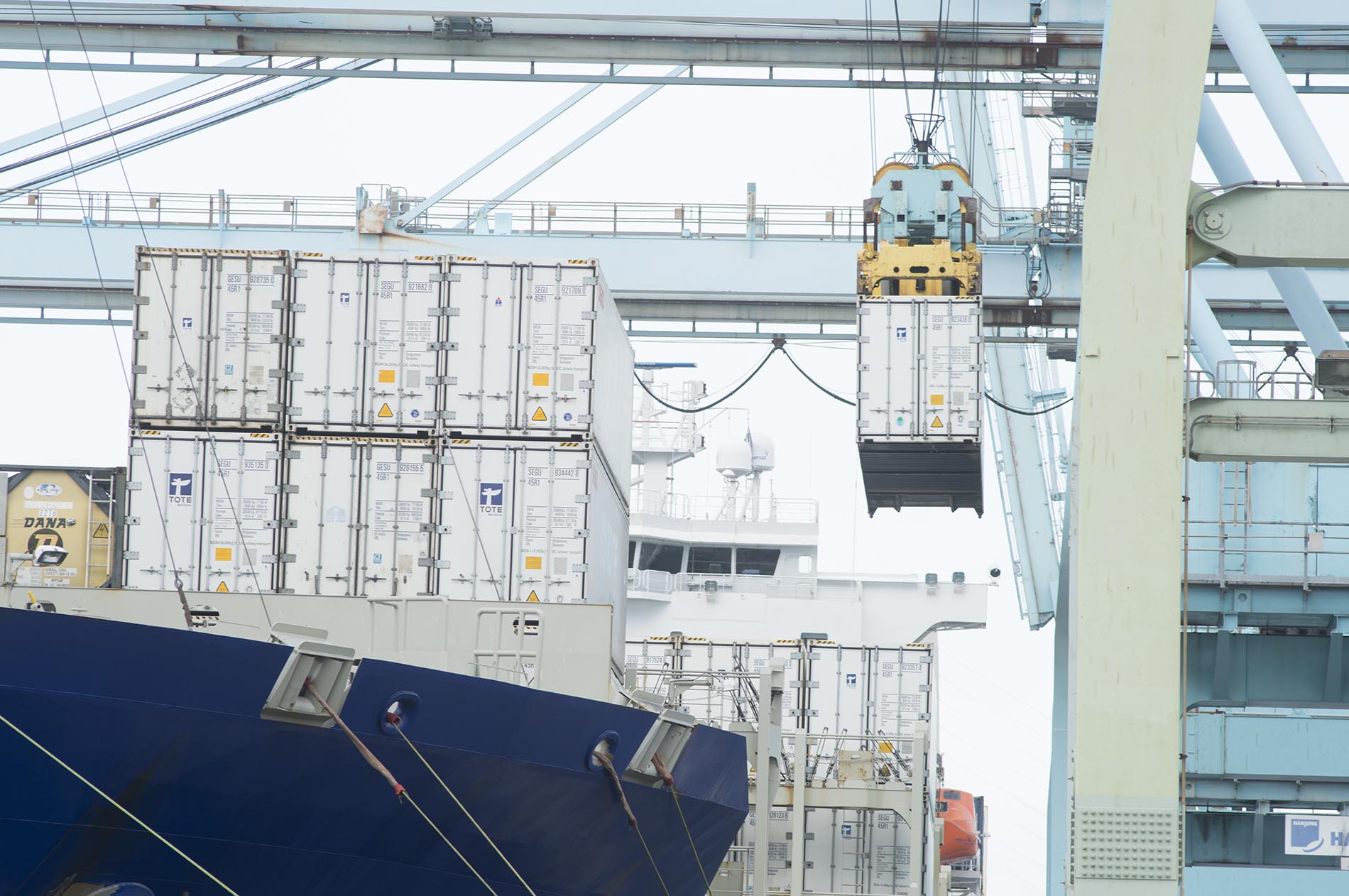 Here is the first part of a list of some of the interesting (to me) cases from the U.S. Department of Labor’s Benefits Review Board (BRB) and the federal Circuit Courts of Appeal during calendar year 2016.  I’ve very briefly noted one or two key points in each decision.

Fousseini Tounkara v. Glacier Fish Company and Seabright Insurance Company, BRB No. 15-0217, January 28, 2016
In this case, the BRB affirmed an Administrative Law Judge’s (ALJ) decision that the claimant was an employee covered by the Longshore Act and not, as the employer asserted, a member of a crew and thus excluded from Longshore Act coverage.

Claimant was employed by the owner of a fishing vessel which had returned to port for repairs after an onboard fire.  The employer had it towed from Alaska to its Seattle shipyard where the fire damage was repaired, the wheelhouse was enlarged and moved up one level, and various electrical systems were removed and replaced.

Claimant filed a claim for vision problems which he attributed to his work during the vessel repair project. A key question in the case was whether the vessel was “in navigation” at the time of the claimant’s injury.

In addressing whether the vessel was “in navigation” at the time of claimant’s injury, the ALJ applied the criteria outlined in the U.S. Supreme Court’s decision in West v. United States, 361 U.S. 118 (1959).  In making the factual determination whether a vessel is in navigation, “the focus should be upon the status of the ship, the pattern of the repairs, and the extensive nature of the work contracted to be done”.  The ALJ found that the vessel was not practically capable of maritime transport while undergoing the repairs, that the repairs were “extensive” and involved significant elements of its construction, the purpose of the repairs exceeded those performed in mere preparation for another voyage, and that they took more than one year to complete.

Thus, the vessel was not in navigation at the time of the claimant’s injuries, and the claimant was not excluded from Longshore Act coverage as a member of a crew.

Ross Furoyama v. Horizon Lines LLC and Signal Mutual Indemnity Association, Ltd., BRB No. 15-0278, February 29, 2016 (Unpublished)
In this case, the claimant was permanently and totally disabled from a non work related car accident.  Based on a request for modification under section 22 of the Longshore Act, an ALJ granted the claimant increased scheduled awards for permanent partial disability for existing leg injuries, which were work related and suffered prior to the car accident.

The employer contested the increase in the scheduled awards on the grounds that the claimant was already totally disabled due to the car accident.

The BRB acknowledged that longstanding precedent establishes that a claimant who is permanently and totally disabled is not entitled to a concurrent scheduled award of permanent partial disability, since the claimant cannot be more than totally disabled.

However, the BRB stated that in its opinion this principle applies only in those circumstances where the claimant is totally disabled due to an injury within the Act’s coverage, and not to a non work related car accident.

The BRB also rejected the employer’s argument that the car accident should be considered an intervening event completely terminating its liability for the modification increase in the scheduled awards.  The original knee injuries were sustained prior to the totally disabling car accident.

Ceres Marine Terminals, Inc. v. Director, Office of Workers’ Compensation Programs, U.S. Department of Labor; Samuel Jackson, Fourth Circuit Court of Appeals, No. 15-1041, March 24, 2016 (Unpublished)
The “Zone of Danger” test is a well established common law concept in tort law.  Under this test a worker within the zone of danger, i.e., suffering a physical impact or reasonable fear of an imminent physical impact, will be able to recover damages for emotional distress.  Bystanders outside the zone of danger cannot recover.  The purpose of this test is to “curtail … unpredictable and nearly infinite liability for defendants.”

This test does not apply under the Longshore Act.

NOTE:  While there is no “zone of danger” test under the Longshore Act, there is a concept known as the “zone of special danger” which applies under the Defense Base Act, which comes up in a case discussed below.  The two “zones” are unrelated.

In this case, the claimant accidentally struck and killed a coworker while operating a forklift.  The claimant, who suffered no physical injuries, filed a claim for Longshore Act benefits.  The employer contested the claim, arguing that the claimant must be required to satisfy the zone of danger test.

The Department of Labor’s Administrative Law Judge (ALJ) rejected this contention.  Under the Longshore Act a claimant can recover for psychological injury without having suffered physical injury or immediate fear of physical harm.  The Benefits Review Board (BRB) affirmed this, noting that the zone of danger test does not apply to the workers’ compensation provisions of the Longshore Act.   “It is well established that a work related psychological impairment with or without an underlying physical harm may be compensable under the Act.”

The Fourth Circuit affirmed, noting that, “nowhere in the statute is there a requirement that psychological injuries be accompanied by actual or threatened physical harm”.

NOTE:  A second issue in this case was whether the report of an independent medical examiner (IME) appointed by the Department of Labor should be given dispositive weight in the case.  It should not.  “The IME’s opinion must be weighed along with the other medical opinions of record”.

The facts of this case as summarized by the BRB:  “Claimant … sustained a broken left leg … outside a recreational facility … in Kandahar, Afghanistan.  Claimant was injured when … the manager of Amtex Village facilities tackled claimant after claimant consumed alcohol, accused his wife and his friend … both coworkers, of having an affair, and attacked them ….”

The BRB affirmed the ALJ’s findings of fact, based mostly on the testimony and statements of the manager, that there were two altercations, both initiated by the claimant, and it was in the second altercation that the claimant demonstrated the willful intent to injure his wife and the other coworker.

NOTE:  The claimant argued that his actions, though manifesting the intent to harm, did not cause his injuries, but rather his injuries were caused by the new sequence of events which began when the manager used excessive force in restraining him.  The BRB rejected this argument, stating, “… there is no requirement that the claimant’s actions be the proximate cause of his injury or that the injury be inflicted by the person or persons claimant intended to injure”.

NOTE:  As opposed to the “zone of danger” tort principle discussed above.

NOTE:  I have discussed the “zone of special danger” doctrine several times,most recently on May 10, 2016.

NOTE:  In the Ninth Circuit, DBA appeals go from the BRB to the Circuit Court of Appeals.  There is a circuit split on this question.  In some circuits, such appeals go to the federal district court.

Glenn A. Stewart v. Riverside Technology, Inc. and Transportation Insurance; Director, Office of Workers’ Compensation Programs, U.S. Department of Labor, BRB No. 15-0436, June 6, 2016
In this case, the claimant was working as a “fishing observer” aboard a fishing vessel.  His employer was subcontracted by the National Maritime Fisheries Service, a division of the National Oceanic and Atmospheric Administration (NOAA) to provide scientific, technical, and management expertise in support of NOAA research.

The claimant’s work was pursuant to the Fisheries Conservation Management Act (FCMA).  Section 1881b(c) of the FCMA states, “An observer on a vessel and under contract to carry out the responsibilities of this chapter … shall be deemed to be a federal employee for the purpose of compensation under the Federal Employee’s Compensation Act (FECA)”

Section 3(b), 33 U.S.C. 903(b) of the Longshore Act states, “No compensation shall be payable in respect of the disability or death of an officer or employee of the United States, or any agency thereof, or of any State or foreign government, or any subdivision thereof.”