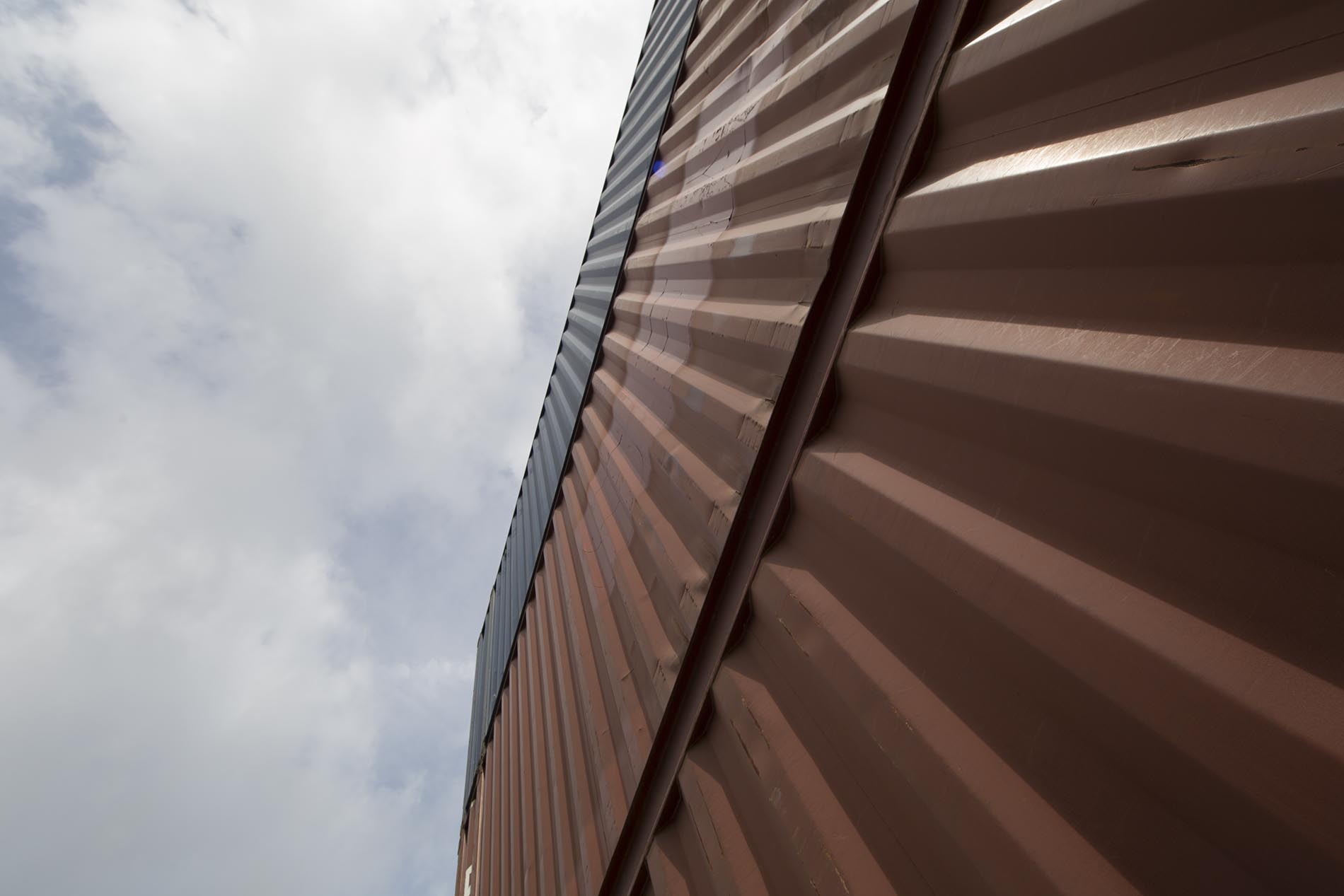 On July 1, 2016, the U.S. Department of Labor (DOL) published an “interim final rule” in the Federal Register. It announced the upward adjustment of the amounts of civil penalties assessed or enforced in its regulations.  The Federal Civil Penalties Inflation Adjustment Act of 1990 as amended by the Federal Civil Penalties Inflation Adjustment Act Improvements Act of 2015 requires agencies to adjust the levels of civil monetary penalties for inflation.  These adjustments apply to any penalties assessed after August 1, 2016, whose associated violations occurred after November 2, 2015.

In case you’re still reading, these adjustments affect several provisions of the Longshore and Harbor Workers’ Compensation Act and its extensions, the Defense Base Act, the Outer Continental Shelf Lands Act, and the Nonappropriated Fund Instrumentalities Act.

To make a long story short, here’s how the Longshore Act is affected:

To place this information in context, I’ve summarized below my previous blog discussions with regard to Form LS-202 and Fines and Penalties.

After a case has been created, the Jacksonville, FL district office is designated as the “Central Mail Receipt” site. All case specific mail is to go to the following address:  U.S. Department of Labor, OWCP, Division of Longshore and Harbor Workers’ Compensation, 400 West Bay Street, Suite 63A, Box 28, Jacksonville, FL  32202.

All checks (for deposit to the Special Fund or in response to penalties), as well as inquiries, forms, and other documents concerning self-insurance authorization, security deposits, and Special Fund assessments are to go to the following address: U.S. Department of Labor, OWCP, Division of Longshore and Harbor Workers’ Compensation, Branch of Financial Management, Insurance, and Assessments, 200 Constitution Avenue, NW, Room C-4319, Washington, DC  20210.

More on Form LS-202.
This is from the Procedure Manual for Claims Examiners in the Division of Longshore and Harbor Workers’ Compensation in the U.S. Department of Labor (DOL):

The timely reporting of injuries to the DOL by the employer is very important. In some ways it’s to the advantage of the employer, and there are penalties attached to failure to comply with the 10 day requirement.

“Subject:  Initiative to Improve Timeliness in Employer’s First Report of Injury and Initial Payment of Compensation.”  In this Notice, the DOL announced its intention to “scrutinize more closely” the “timeliness in filing first reports of injury.”

This Notice did not add any new reporting requirements nor change in any way the Section 30(a) ten day requirement. Rather, it reflected the DOL’s intent to improve the industry’s compliance with the existing standard.  This initiative by DOL is in conformance with the requirements of the Government Performance and Results Act of 1993 (GPRA), which requires that agencies set goals and measure progress against those goals.

So, what must the employer do under Section 30(a)? It’s simple.  The employer must send Form LS-202 to the appropriate DOL district office (New York) within 10 days of a lost time injury, or 10 days from the date that it has knowledge of the injury.  The term “lost time injury” means time lost beyond the day or shift of the injury.  A report of injury should also be filed if no time is lost but it is anticipated that the incident will result in an impairment rating and a claim for a scheduled award under Section 8(c).  Note:  The reports are timely so long as they are mailed within the 10 days as evidenced by the postmark.

The report can be filed by regular mail, or it may be filed electronically once the employer has registered with DOL as an electronic filer.

Keep in mind:
PENALTY
The 1984 amendments to the Longshore Act changed the basis for the assessment of penalties under Section 30(a). The language of “failure or refusal to send any required report” was changed to “knowingly and willfully” failing or refusing to send a report.  “Knowingly” means that the employer knew or should have known of the requirement, and “willfully” means either intentionally disregarding the statute or being plainly indifferent to its requirements.

Fines and penalties assessed under various provisions of the Act go into the Special Fund, but raising money for the Fund is not the purpose of the penalty provisions. Far less than 1% of Special Fund receipts in any given year are due to fines and penalties.  The Section 30(a) requirement in particular and DOL’s current compliance initiative are intended to improve the administration of the Act.

ISSUE: Fines and Penalties
There are several sections in the Longshore Act that provide for civil or criminal fines and penalties. These provisions variously apply either to claimants or employers as specified.  Here’s a list of the things that you can do or not do to earn a fine or penalty.


“8(j)(1) – the employer may inform a disabled employee of his obligation to report to the employer not less than semiannually any earnings from employment or self-employment, on such forms as the Secretary shall specify in regulations.

(A) fails to report the employee’s earnings under paragraph (1) when requested, or

(B) knowingly and willfully omits or understates any part of such earnings … forfeits his right to compensation with respect to any period during which the employee was required to file such report.”


“A disabled employee” is interpreted to mean one who is actually receiving compensation.

U.S. Department of Labor Form LS-200 is used to request reports of earnings.

Any amounts forfeited under section 8(j) are recovered by offset against future compensation as determined by the District Director.


“(e) If any installment of compensation payable without an award is not paid within fourteen days after it becomes due, as provided in subdivision (b) of this section, there shall be added to such unpaid installment an amount equal to 10 per centum thereof, which shall be paid at the same time as, but in addition to, such installment … unless such nonpayment is excused by the deputy commissioner ….”

Nonpayment is excused by the District Director based on a showing by the employer of conditions beyond its control.


“(f) If any compensation, payable under the terms of an award, is not paid within ten days after it becomes due, there shall be added to such unpaid compensation an amount equal to 20 per centum thereof, which shall be paid at the same time as, but in addition to, such compensation, unless review of the compensation order making such award is had as provided in section 21 and an order staying payments has been issued by the Board or court.”

There is no defense, equitable or otherwise, to the 10 day requirement of money in the claimant’s hands.


The form prescribed by the Secretary of Labor is Form LS-208.


“15. (a) No agreement by an employee to pay any portion of premium paid by his employer to a carrier or to contribute to a benefit fund or department maintained by such employer for the purpose of providing compensation or medical services and supplies as required by this Act shall be valid, and any employer who makes a deduction for such purpose from the pay of any employee entitled to the benefits of this Act shall be guilty of a misdemeanor and upon conviction thereof shall be punished by a fine of not more than $1,000.”


“(e) A person who receives a fee, gratuity , or other consideration on account of services rendered as a representative of a claimant, unless the consideration is approved by the deputy commissioner, administrative law judge, Board, or court, or who makes it a business to solicit employment for a lawyer, or for himself, with respect to a claim or award for compensation under this Act, shall, upon conviction thereof, for each offense be punished by a fine of not more than $1,000 or be imprisoned for not more than one year, or both.”


“(e) Any employer, insurance carrier, or self-insured employer who knowingly and willfully fails or refuses to send any report required by this section or knowingly or willfully makes a false statement or misrepresentation in any such report shall be subject to a civil penalty not to exceed $10,000 for each such failure, refusal, false statement, or misrepresentation.”


This penalty was changed in the 1984 Amendments. The amount was increased from $500 and the “knowingly and willfully” language was added.


“Sec. 31(a)(1) Any claimant or representative of a claimant who knowingly and willfully makes a false statement or representation for the purpose of obtaining a benefit or payment under this Act shall be guilty of a felony, and on conviction thereof shall be punished by a fine not to exceed $10,000, by imprisonment not to exceed five years, or by both.”

This section was changed by the 1984 Amendments, when a misdemeanor became a felony.


“(c) A person including, but not limited to, an employer, his duly authorized agent, or an employee of an insurance carrier who knowingly and willfully makes a false statement or representation for the purpose of reducing, denying, or terminating benefits to an injured employee, or his dependents pursuant to section 9 if the injury results in death, shall be punished by a fine not to exceed $10,000, by imprisonment not to exceed five years, or by both.”

This section was added by the 1984 Amendments.


“Sec. 37. No stevedoring firm shall be employed in any compensation district by a vessel or by hull owners until it presents to such vessel or hull owners a certificate issued by a deputy commissioner assigned to such district that it has complied with the provisions of this Act requiring the securing of compensation to its employees.  Any person violating the provisions of this section shall be punished by a fine of not more than $1,000, or by imprisonment for not more than one year, or by both such fine and imprisonment.”

Note: This Certificate, Form LS-239, may be obtained by the employer by request to the District Director in the district where the covered operations will take place.


“Sec. 38. (a) Any employer required to secure the payment of compensation under this Act who fails to secure such compensation shall be guilty of a misdemeanor and, upon conviction thereof, shall be punished by a fine of not more than $10,000, or by imprisonment for not more than one year or by both such fine and imprisonment; and in any case where such employer is a corporation, the president, secretary, and treasurer thereof shall be also severally liable to such fine or imprisonment as herein provided for the failure of such corporation to secure the payment of compensation;...“


“(b) Any employer who knowingly transfers, sells, encumbers, assigns, or in any manner disposes of, conceals, secretes, or destroys any property belonging to such employer, after one of his employees has been injured within the purview of this Act, and with intent to avoid the payment of compensation under this Act to such employee or his dependents, shall be guilty of a misdemeanor and, upon conviction thereof, shall be punished by a fine of not more than $10,000, or by imprisonment for not more than one year, or by both such fine and imprisonment; and in any case where such employer is a corporation, the president, secretary, and treasurer thereof shall be also severally liable to such penalty or imprisonment as well as jointly liable with such corporation for such fine.”

Section 48(a) (as recodified; section 49 in printed versions of the Act)


Sec. 49. It shall be unlawful for any employer or his duly authorized agent to discharge or in any other manner discriminate against an employee as to his employment because such employee has claimed or attempted to claim compensation from such employer, or because he has testified or is about to testify in a proceeding under this Act…. Any employer who violates this section shall be liable to a penalty of not less than $1,000 or more than $5,000 ….”

Note: The 1984 Amendments raised the range from $100/$1,000 to $1,000/$5,000, and added the phrase, “The discharge or refusal to employ a person who has been adjudicated to have filed a fraudulent claim for compensation is not a violation of this section.”

Amendments to the Act, Part I