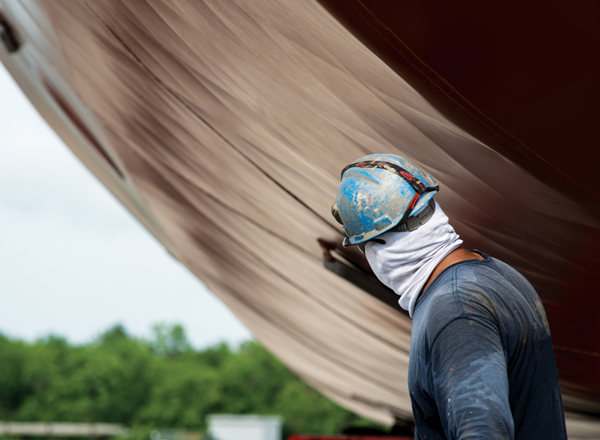 A recent decision from the U.S. Department of Labor’s Benefits Review Board (“the Board”) illustrates some challenges related to the adjudication of hearing loss claims under the Longshore and Harbor Workers’ Compensation Act (“the Act”).

Basically, a claimant filed a hearing loss claim 21 years after his last day of work on the waterfront, against the employer for whom he worked that one last day.

Is this even possible?  Yes, it is.

Before discussing the case, here are some relevant general principles.

Is hearing loss an occupational disease (OD)?
It is treated as an OD for purposes of the last employer rule, but since a hearing loss injury is complete when exposure ends, the provisions of the Act extending the statute of limitations and providing benefits to retirees for OD with long latency periods do not apply.  Benefits are awarded under the schedule at section 8(c)(13) as a traumatic injury rather than section 8(c)(23), and the average weekly wage is set at last exposure.

What is the time for filing notice of a hearing loss (section 12) or a claim for compensation (section 13)?
The 30-day notice and one-year claim filing limits apply to hearing loss claims, and they do not begin to run until the employee has received an audiogram and its accompanying report indicating a loss of hearing and he or she is aware of the causal connection between the employment and the loss of hearing.  Actual physical receipt of the audiogram by the claimant is required.

What is the Board’s standard of review when an Administrative Law Judge’s (ALJ) decision is appealed?
The appellate standard of review is limited.  Findings of fact by the ALJ, if supported by substantial evidence, are conclusive and must be accepted by the Board.  Legal issues are reviewed de novo.  The ALJ weighs the evidence, including testimony, medical reports, depositions, etc., and draws inferences from it.  The Board may not reweigh the evidence or disregard the ALJ’s findings merely because other inferences could have been drawn.

“It is well established that the administrative law judge is entitled to assess the credibility of all witnesses and to determine the weight to be accorded to the evidence of record … Moreover, the Board must accept the administrative law judge’s factual findings and inferences which are supported by the record, and may not disregard her findings merely on the basis that the evidence also permits other inferences…” ( Bath Iron Works Corp. v. U.S. Department of Labor (Knight), 336 F.3d 51 (1st Cir. 2003)).

“… it is impermissible for the Board to reweigh the evidence or to substitute its own views for those of the administrative law judge …” ( Pittman Mechanical Contractors, Inc. v. Director, OWCP, 35 F.3d 122 (4th Cir. 1994)).

What is the adjudicative framework governing a claim under the Act?
Initially the claimant must establish his prima facie case.  He must show that he has suffered some harm and that working conditions existed that could have caused that harm.  Once that light burden is met, the claimant is entitled to the rebuttable section 20(a) presumption of causation, i.e., that his injury was caused by his employment.   The presumption shifts the burden to the employer to rebut the presumption by producing substantial evidence that the injury was not caused by the employment.  This is a burden of production at this stage, not persuasion.  The evidence must only cast doubt on the claimant’s prima facie case.  If the presumption is rebutted, then it drops from the case and the claimant bears the burden of proving his entitlement by a preponderance of the evidence.

Note:  “Substantial evidence” is any evidence that a reasonable mind would accept in support of a proposition. Also, the section 20(a) presumption is not “evidence.”  It does not strengthen the claimant’s case.  It is a procedural device to shift the burden of proof.

Case Discussion
So, with all of this in mind, let’s discuss the case of Melvin Roy v. Cooper/T. Smith, Inc.; Ryan Walsh, Inc./SSA Gulf; and Homeport Insurance Company, BRB No. 16-0603, May 18, 2017 (Unpublished) in which the claimant filed a claim for hearing loss under the Act 21 years after leaving maritime employment.  The claim was initially filed against the employer for whom the claimant worked on his last day on the waterfront – employment of which the claimant could not remember any details except that he worked on “pipes.”

The claimant last worked in the Port of Houston in 1991.  Twenty-one years later, he filed a hearing loss claim based on a 2012 audiogram showing a 33.8% binaural hearing loss.  A U.S. Department of Labor ALJ denied the claim but the Board has vacated the ALJ’s denial and remanded the case to reconsider certain evidence as it relates to the claimant’s prima facie case.

One could argue that the case was over at this point.  The ALJ made a credibility determination on the basis of which he found that the claimant did not establish his prima facie case.  The standard of review is very clear.  The BRB must affirm the ALJ’s finding that a claimant is not a credible witness unless the credibility determination is itself inherently incredible or patently unreasonable.

Not this time.  The Board found a note in a medical report in which the doctor stated that the claimant mentioned that various job sites exposed him to loud tools, machinery, heavy equipment and environmental noises.  Seizing on this second-hand report of a statement made by a claimant that the ALJ found to be non-credible, the Board decided that since the ALJ failed to evaluate this medical note, and if credited, the sentence could establish that the claimant was exposed to injurious noise that could have caused his hearing loss, the second prong of the prima facie case could have been established.

So, according to the Board, the ALJ’s decision was “tainted”, and thus the case was remanded for the ALJ to consider all of the relevant evidence (i.e., the second-hand repetition of statement that may have been made by a non-credible claimant) in order to determine whether or not the claimant successfully established his prima facie case.

The case turns on this point, since if the claimant establishes his prima facie case, then he is entitled to the section 20(a) rebuttable presumption that his hearing loss was caused by his employment.

On remand, the ALJ will also have to deal with the fact that the Board reversed his finding with regard to the reliability of the claimant’s audiogram.  The ALJ had found that the audiogram was not presumptive evidence of a hearing loss under section 8(c)(13)(C) of the Act and 20 C.F.R. Section 702.441 of the Regulations because he was unable to determine who actually administered it.  The Board, however, thought that based on the signature line and letterhead on the letter reporting the test results that the ALJ could have concluded that the audiogram met the regulatory criteria.  The ALJ also did not make it clear enough for the Board why the audiogram could not nevertheless constitute probative, if not presumptive, evidence.

The lesson that can be taken from this case is that a hearing loss can be projected back two decades, against a maritime employer for whom the claimant worked for one day, on which day the claimant couldn’t remember any details of his work.

Unfortunately, this case is not an “outlier.”  In fact, this is how hearing loss claims are adjudicated.  There is no outside time limit for filing a hearing loss claim.  If there is no exit audiogram at last day of employment, the last maritime employer may find itself liable for all post-employment hearing loss.  And the claimant does not have to credibly recreate the conditions of his employment. Needless to say, following the course of this case on remand will be interesting.